Once again Rhein Fire was able to win the World Bowl at Frankfurt Galaxy under head coach Galen Hall and this time the Titan`s Ex-coach Bart Andrus had helped to move the team from a running pack (Clark + Bynum) into a fine receiver force, which was so well coached by former Vikings receiver Mike Jones, that Jeff Ogden could land a job at the Miami Dolphins.

Nevertheless, RB Pepe Pearson had been the man, who had secured the World Bowl win with his amazing TD while defender Nick Ferguson was getting ready for a long career at multiple NFL teams.

Anthony Mitchell had a phase of a lifetime when he first took the World Bowl and then the Super Bowl with the mighty Baltimore Ravens.
Video interview, photos and story

Chris Akins has also addded a Super Bowl to his World Bowl win after he had found his way to the New England Patriots.
Video interview, photos and story 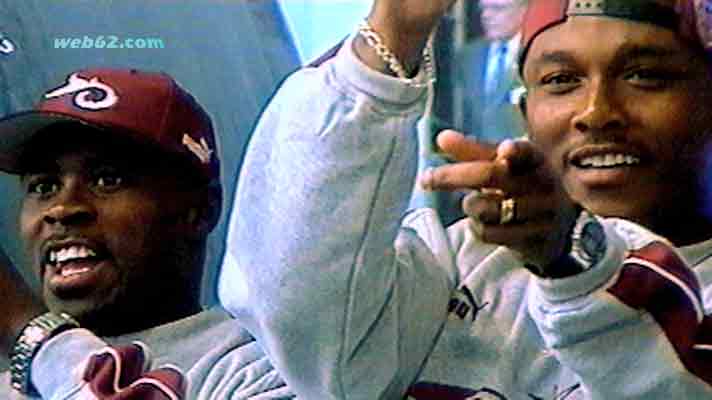 Running back Pepe Pearson had been the man of the year after his World Bowl winning touchdown against the Scottish Claymores.

That way Pepe Pearson has become a part of the long Rhein Fire RB tradition, which had started with Derrick Clark and Kenny Bynum, followed by Autry Denson, Jamal Robertson, Tony Tailor, Joe Smith and finally the one and only Fred Jackson. 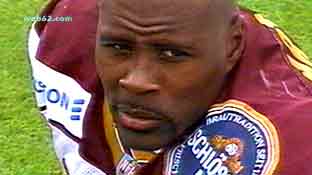 Ontiwaun Carter had played from 1996 until the World Bowl winning season 2000 for the Rhein Fire. 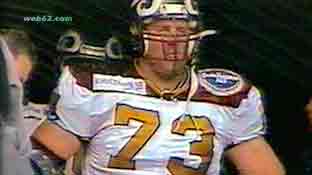 Guard Pete Swanson had been with the Kansas City Chiefs in 1998 before he joined the Fire for winning the World Bowl, what had earned him a spot at the St. Louis Rams 2000 where he had been on 3 games. 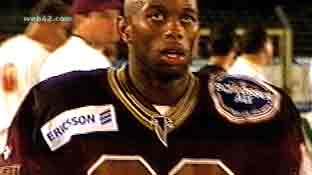 Cornerback Derrick Gardner came from the Atlanta Falcons, where he had been on seven games during the 1999 NFL season before he went for to Europe, where he had shown a fine interception against the Admirals in week 2 at the 1 yard line. And in 2001 he came back for a second season. 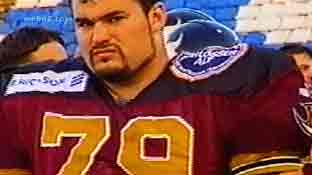 Guard Ben Nichols had not been able to catch an NFL roster spot after his winning NFL Europe campaign though he had been in talks with the Oakland Raiders. 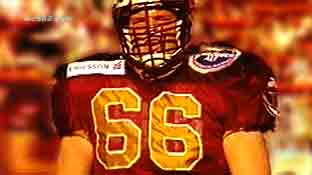 Dallas Cowboys' Dan Collins had been with Rhein Fire 2002 before he was added to their roster.

After the World Bowl win in season 2000 Dan Collins had signed with Galen Hall at Orlando Rage. 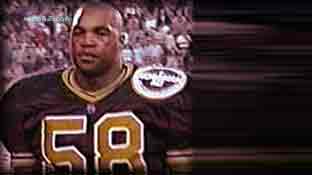 Linebacker Vince Bradford had spent one season at the 49ers before he was called in late by the Rhein Fire to replace the suspended Scott Whittacker. 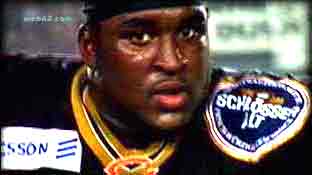 Tackle Ken Anderson was sent out by the Chicago Bears and after the World Bowl win had he signed at Orlando Rage following his head coach Galen Hall into the XFL. 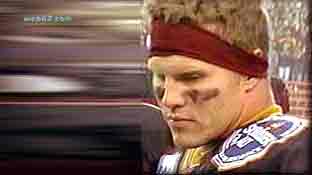 Safety Matt Hickl had shown a huge block together with Dallas Cowboy Chris Akins and a 83 yards TD, which had decided the Derby against Frankfurt Galaxy. Before at college he had made 7.000 happy, but at Fire he made 30.000 out of a 43.000 crowd rave.

Unfortunately a spinal injury had ended his NFL career.