Branford Marsalis did call it "a fake war" down in Iraq and now even a Donald Trump has condemned the operation.

And of course, it was impressive to spend an hour with the "Big B" to learn about his views on Sting, Quincy Jones, George W. Bush, Russel Simmons and other trend setters.

Supporting the music of Sting was one of his roles and his video comment on him is second to one.

Sting has always been Sting and his new album is another chapter, but who is Sting? Branford Marsalis has found some interesting words. 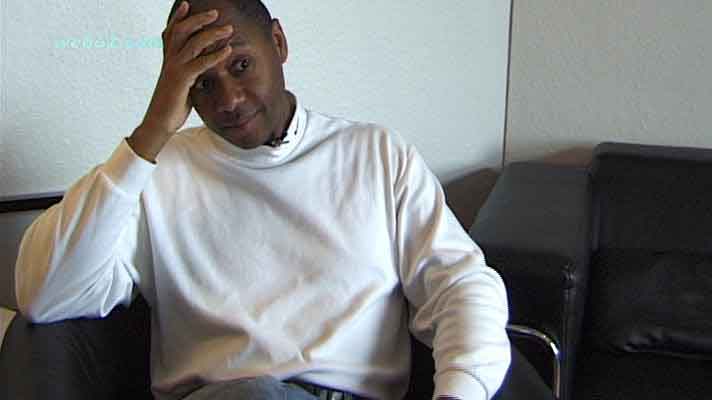 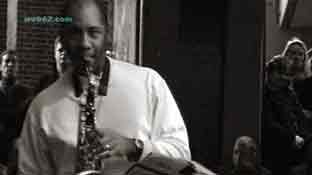 Superstar Sting is not a pretentious fellow, but he knows how to play the game when attending award festivities.

The Sting and stardom

And of course, learning and provocation seem to be some fine tool to combat one of his biggest enemies, boredom.

"Give me a few weeks and I will be able to speak German..."

At this point in his career he seems to focus on the highest possible quality and not just on avoiding boredom by spanning a range from classical music to Public Enemy, Jazz, African and French Music and much much more provides him now with almost unlimited options, solidly built on commitment to talent, learning and practice.

Branford Marsalis had come to Duesseldorf, Germany to perform with the local Symphonic Orchestra and for a Sunday Jazz brunch. On this occasion he had talked about his various unconventional approaches to music and life in general. Here's his statements on what makes a concert really good, on his label Marsalis Music and the difference of live recordings and regular, modern studio productions. 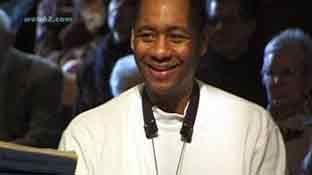 Branford Marsalis had very little understanding for George Bush and his view on the French and Germans, who had dared not to join President Bush`s coalition of the "willing".

"I have a son and he never agrees with me. But I don`t throw him out of the house".

The War in Iraq 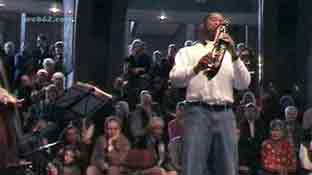 Producer and Def Jam legend Russel Simmons had failed to impress Branford Marsalis, who prefers being around music producers, that can read the score.