Manfred Burgsmueller has become the oldest player in NFL history while starting for the Rhein Fire.

With Rhein Fire he has won the World Bowl in 1998 for the first time and then again in 2000 and on both occasions his contributions were magnificent.

10 points scored in 1998 and then at the beginning and at end of the 2000 battle against the Claymores his coolness and dominancy had helped a lot to strenghten the mindset and spirit of the team.

During his long and outstanding career on big soccer grounds Manni has become a true player andalso in the NFL he has done great.

Watching him was kind of special, as he was still showing his great moves and techniques from his previous career as a part of the German National Soccer Team and many other top teams, where he was a highly popular central midfield player to be compared with the central role of a quarterback.

In fact a natural born player and a living legend, who had retired after season 2002. 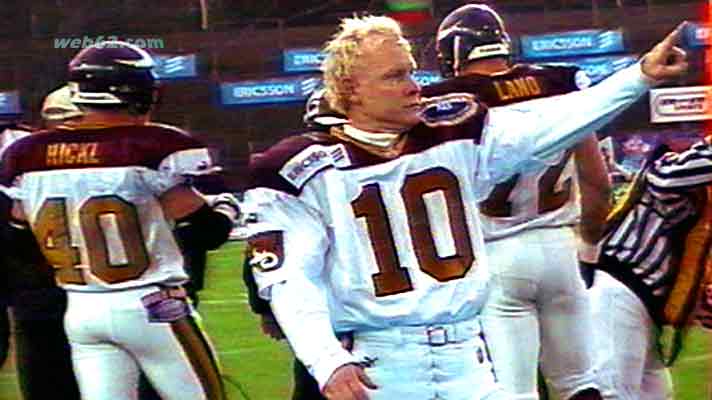