8 seasons in the NFL were a fine career for Tony Gilbert when he was with the Jacksonville Jaguars for 56 games and for 12 games at the Atlanta Falcons.

47 tackles, 1 sack and 1 forced fumble were his total score.

Back in 2005 the Duesseldorf team had not been that strong despite having running back Joe Smith on the field and it was one of the worst seasons ever. 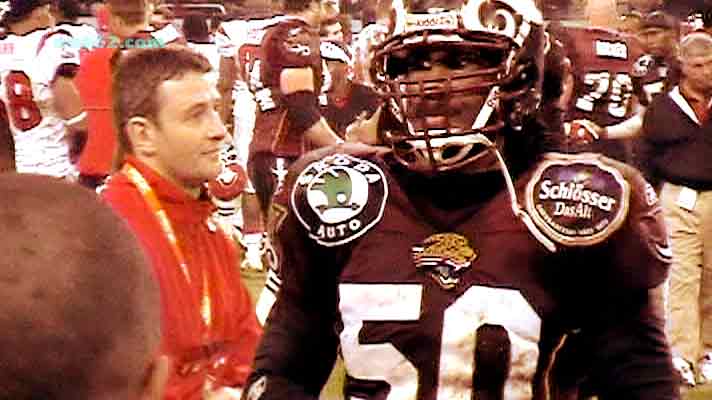