Get a grip on your life in the Year of the Rooster and learn to explore the Chinese Horoscope, which is giving you clues after clues!!

Very successful has been the start into the Year of the Rooster for all Rooster year born like Serena Williams and Roger Federer with their wins at the Australian Open as well as for those two soccer coaches Zinedine Zidane and Antonio Conte who are dominating the biggest Leagues in the world.

Dog year born managers are leading La Liga and the Premiere League while Don and Melania Trump want to be the second "Dog couple" in the White House after George W. Bush and his Barbara.

Rabbit year born are experiencing total disaster and big wins in this year of the Monkey.

Another Tennis year is over and here's the impressive score board of the Ladies with an update that includes the win of "Dog" Flavia Panetta, who has won the U.S. Open just like "Dog" Justine Henin in the last year of the Goat against a Pig year born player, with the name Kim Clijsters. In 2015 "Pig" Roberta Vinci had been the loser after her sensational win against "Rooster" Serena Williams. 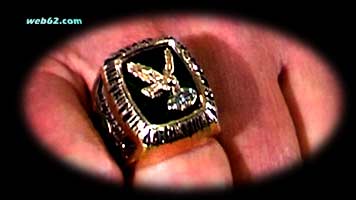 On the field the two "Snakes" Cam Newton and Tom Brady got defeated by "Dragon" Peyton while "Goat" Carson had fumbled poorly, so that San Fran saw a transition night from the Goat to the Monkey year with the very first duel of two head coaches, that were born under the same Chinese symbol.

The Snake year born were big in the NFL. Chris Martin and Coldplay did the half-time show and good quarterbacks were Cam Newton and Tom Brady.

Here's the outlook on the NFL head coach situation.

German-Jamaican Dustin Brown has knocked Tiger Rafael Nadal off the the Wimbledon courts and he seems bound to become the next superstar in Jamaica and Germany. At the same time Lewis Hamilton seems to be back on track for his next Formula 1 championship while also dating Super Dragon Rihanna, in fact a perfect match.

After Pep Guardiola the CF Barcelona has now a second top Champions League winning coach with Luis Enrique and both of them were born in a year of the Dog.

Swiss FIFA boss Don Joseph Blatter is only one out of several Rat year born VIPs in trouble. A few days ago also Russian oligarch Sergei Polonsky was taken from his paradise island in Cambodia into a special FSB prison in Moscow while Lewis Hamilton got robbed of a clear F1 victory in Monaco by his own Mercedes team.

At the very end of the Horse year Super Bowl was won as expected by Patriot's head coach Dragon Bill Belichick with his QB Snake Brady against the Seahawks with Dragon Russell Wilson and his Rabbit coach Pete Carroll when Corner Malcolm Horse Butler caught the match breaking interception.

Have a look at a special analysis of this NFL seasons' head coaches.

Rats have been the winning symbol of the Horse Year with Briton Lewis Hamilton as the Formula 1 Champion, German Juergen Loew as FIFA World Cup winner, German Patriot Sebastian Vollmer as Super Bowl Champ, Martin Kaymer a No. 1 in Golf and Kate Perry shining bright at Super Bowl.

Rabbits Formula 1 Champion Sebastian Vettel and several others had a false start into the year of the Horse as well as the Goats, with Mick Jagger, L'Wren Scott, Jenson Button, Kimi Raikoenen and several others. Read More

Several male Monkey year born are struggling like Michael Schumacher, Eli Manning, or Odell Beckham, but Jerry Hall and UK PM Theresa May are having a splendid time.

Multiple Horse year born politicians are under pressure and Angela Merkel has opened her borders for "refugees" while Formula 1 Mogul Bernie Ecclestone has lost control over his empire.

Snakes on the rise

Meanwhile Irish fast Eddie Irvine has become a property tycoon and many Snake year born are having a superb year like Angelique Kerber.

German Rock star Doro, Rihanna and Vladimir Putin are doing fine in the Monkry year while Jack Dorsey is suffering from the all time lows of his Twitter shares.

Rabbits have lost much momentum, though Tennis still belongs to Novak Djokovic and Andy Murrai while La Sharapova seems to be out for a while since she had come up with doping.

Impressive Tigers like NFL's former VP International Doug Quinn are seeing interesting times and all eyes remain on Rafael Nadal, who keeps on searching for the right swing.

Oxen on the move

Ambitious Oxen are having a ball since a while. In particular those two head coaches Kubiak and Rivera who had the privilege to play the first Super Bowl ever with two teams run by the same Chinese symbol.

Champion Lewis Hamilton has been the Rat of the Year and many fans had wanted him to win his third championship while most Football fans want to see Don Blatter behind bars.

Several Pigs have shown strong opinions in recent times with Julian Assange, Eric Snowden and World Boxing champ Vitali Klitschko, who was fighting in streets for freedom during the Ukrainian rebellion.

Gladiator Ralf Moeller is a German star while his colleague Donald Trump wants America, where there is so much love for the Dog year born with Bill Clinton and George W. Bush.

Passion Rooster Fashion like Swiss fashion designer Kazu Huggler and Serena Williams can't wait to get into their big the year of thw Eooster 2017.