At the Seattle Seahawks Fred Jackson had almost reached Super Bowl 50, but in the playoffs Cam Newton and Panthers had been an incredible force in the first half when leading 31:0. But at least Fred Jackson had explored two playoff games and being with champions like Russel Wilson on the field while his old mates at the Buffalo Bills had an utterly dismal season.

And what a steady performer Fred Jackson had been for the Buffalo Bills since his first start in 2006 and now many fans are sad, that he got thrown out off the team.

In 2009 Fred Jackson did run for more than 1.000 yards in 16 games and during his career at the Bills he added 30 TDs and more than 5000 yards to his outstanding records.

Back in 2006 Fred Jackson had been the best offensive force of the Rhein Fire in week 3 at the Centurions with having scored the match breaking TD and 27 carries for 97 yards.

In week 4 he had impressed once again with a total of 110 yards.

At a press conference his head coach Jim Tomsula had been praising his extraordinary professionalism explicitly, when he had described Fred Jackson's preparations for the game and also their training sessions.

Probably one can't give more to the game than what Fred Jackson has been doing and that's why he has been a force in the NFL and for the Buffalo Bills for so many years.

And what a surprise it had been, that Rex Ryan and his manager had fired him, only a few days before the start of season 2015. 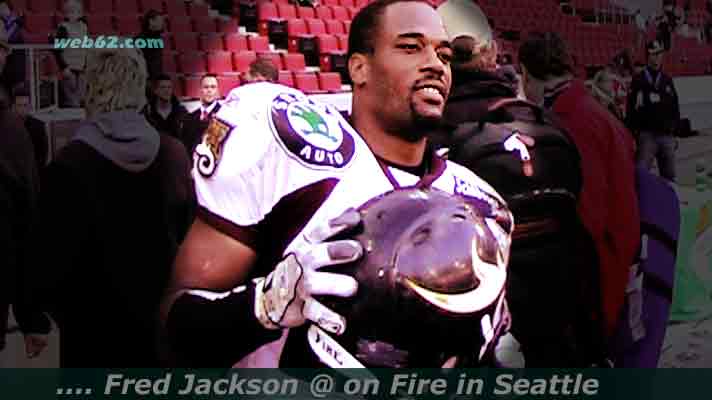 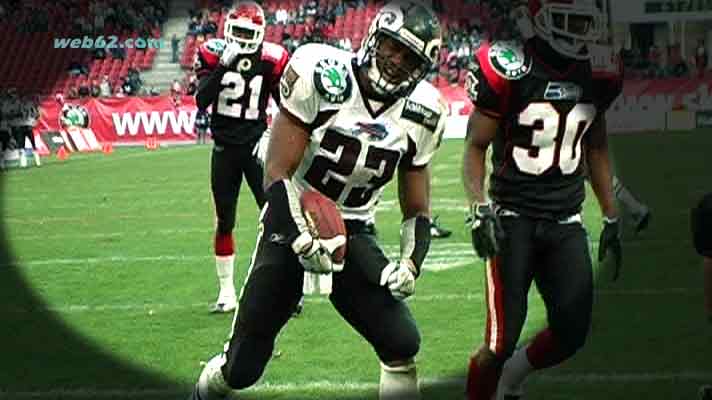