Born in a year of the rabbit, WR Marcus Robinson had his greatest year in the Rabbit year 1999, which ended with a 4-year contract worth $ 14,5 million.

Unlike his colleague Lawrence Phillips, who only had the chance to impress European fans, Marcus Robinson did meet a smart coach at the Bears, who realized his feeling and talent for super smooth action.

Obviously his World Bowl winning stint in Duesseldorf has been a helpful inspiration thanks to wide receiver coach Mike Jones, who had played for the Minnesota Vikings before.

51 NFL games for the Bears until 2002 were a first impressive chapter that was followed by 15 games for the Baltimore Ravens before the Minnesota Vikings became his final chapter in the NFL for 3 seasons and 31 games.

325 receptions for 4,699 yards and 43 touchdowns were an impressive career.

Being also an expert on billiard tables reveals the sensitivity of Marcus Robinson, who had entered the Bears only as the fourth WR and is now most likely to become MVP 99.

All Rhein Fire fans and also the organization love to remember the days when Marcus had been around.

Marcus Robinson had played a great season for Rhein Fire in 1998, when he was a major factor on the field in particular during the World Bowl in Frankfurt with his 74 yards which had helped a lot to defeat the Galaxy and to win the very first title.

In fact Marcus Robinson stands for the most receiving yards at Rhein fire with a proud 811 during that awesome season.

The extremely fast wide receiver had finished the season as Offense MVP of the 1998 NFL Europe and as a member of the all-stars team with 884 yards in 10 games.

Marcus Robinson had scored 43 TDs in his wonderful career. 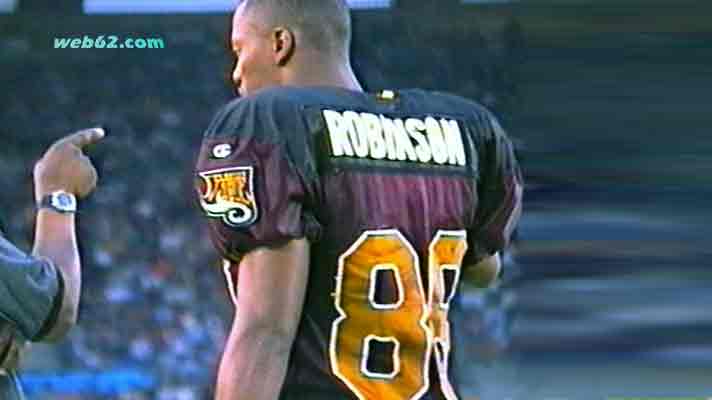 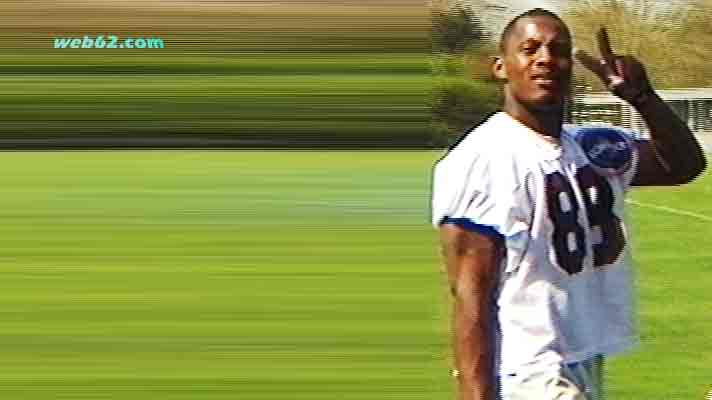