Saying hello to 3.000 fans on stage must have been special for the guard with the dreads and certainly he had been one of the most impressive players @ Fire 2002 where he had helped Jamal Robertson and Tony Taylor to become prime NFL Europe sensations and what had earned him MVP honors.

Being laid back in mind in addition to fine observation skills had helped the heavyweight to find a place in Dallas, where he had jumped into the Cowboys lineup at right guard for Solomon Page to assist Emmitt Smith, who had rushed for 150 yards.

in 2002 Alcender Jackson did move on to the Green Bay Packers, where he had been on 2 games.

Besides his skills on the field he impressed a lot with some interesting statements concerning his musical preferences. In fact his second passion besides the Football is the music, which has captured him as far as being a DJ and collector quality tunes, mainly inside the Rap, Reggae and R&B. 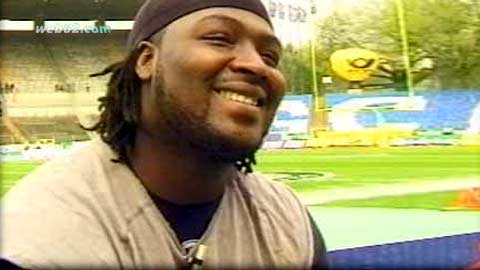 "If I could change the World
Video 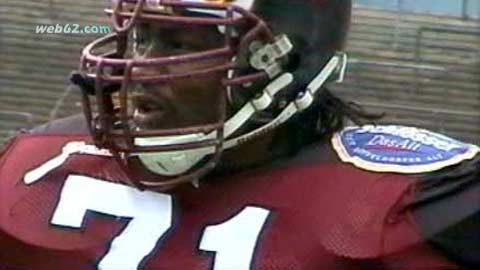