At Rhein Fire 1999 he had shown 9 sacks and League President Oliver Luck was as much impressed as Fire GM Alex Leibkind.

He sacked the Admirals quarterback four times in one game what had earned him a roster spot at the Kansas City Chiefs during the NFL Season 1999. 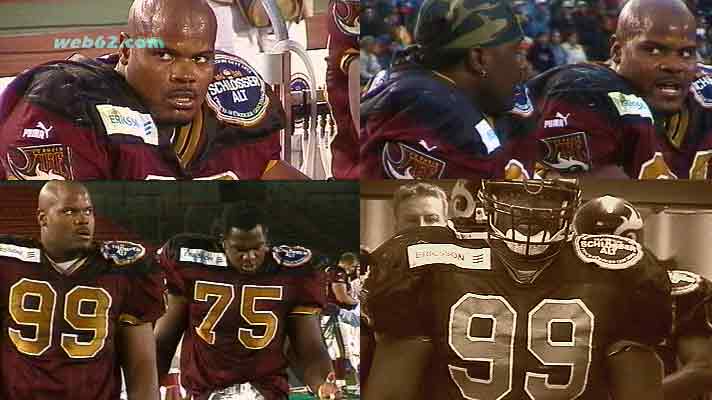