QB Joe Hamilton has won a Super Bowl ring with the Tampa Bay Buccaneers and at Frankfurt Galaxy he had impressed during his 2002 NFL Europe campaign.

Dallas Cowboys RB Tony Taylor had been acquired by the Buccaneers, but he couldn't get too far in Tampa.

The Buccaneers old time friend Doug Graber had sounded amazed by the Super Bowl developments in Tampa and in 2003 he gave a special comment on the Buccaneers and the impressive work of head coach John Gruden.

In fact the Raider vs. Buccaneers had been an impressive Super Bowl 2003 with Aaron Stecker, Joe Hamilton and Corey Ivy coming out on top.

Buccaneers 2006 - 2007
Amsterdam Admirals wide receiver Chad Lucas had been with the Buccaneers for two seasons scoring five receptions for 82 yards.

Buccaneers 2005
CB Blue Adams had played well enough at Rhein Fire to make it into the 2005 Bucs together with Matt Bryant from the Galaxy, Kalvin Pearson from the Centurions and Edell Shepherd from the Scottish Claymores.

And DE Corey Smith had played for the Berlin Thunder.

Buccaneers 2004
WR Bill Schroeder from Rhein Fire had been on board as well as defensive tackle Chartric Darby, who had scored 49 tackles.

Buccaneers 2001
On board were Corey Ivy, Eddie Hardaway and Matt Sweeney. 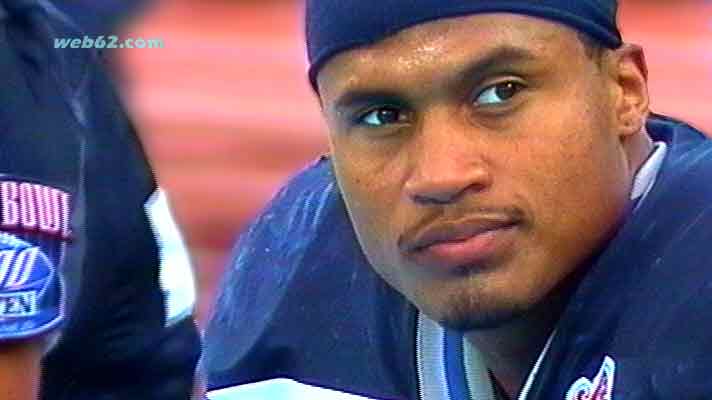 Super Bowl winner RB Aaron Stecker had moved from the Buccaneers to the Saints, where he had returned kick offs for 216 yards.

Here's a look back at the Buccaneers Super Bowl Champion when he was playing World Bowl 2000.

Check the Chinese Horoscope analysis of the Buccaneers' chances for reaching Super Bowl 51.

And don't miss out on this very special book on 50 Super Bowl seasons. 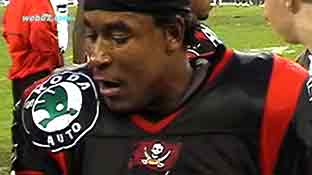 Between 2005 and 2007 Free Safety Kalvin Pearson had been on 46 Buccaneers games after a fine NFL Europe season at the Cologne Centurions. 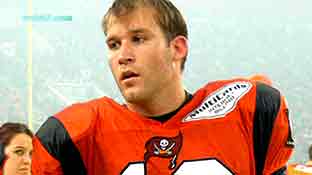 World Bowl 2006 had been a great clash with Buccaneers qb hopeful Allen Jared leading his Amsterdam Admirals against the Frankfurt Galaxy. 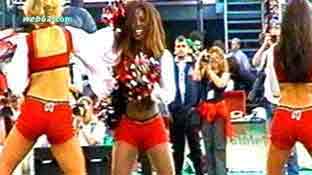 Absolutely special are the Tampa Bay Buccaneers Cheerleaders, who had come to Europe for some nice performances and interviews at Rhein Fire.