Impressive had been another RB Pepe Pearson Show with 79 yards and his match-breaking TD.

With him and Jason Brookins Rhein Fire had seemed to have another running back force similar to way back in 1999, when Derrick Clark & and Kenny Bynum had demolished the Admirals almost on their own.

Kenny Bynum had created more than 200 yards in that glorious game.

Even a lot of intense coaching by Bart Andrus couldn`t avoid the mistakes, that had kept the Admirals behind.

Before in his video interview head coach Bart Andrus has expressed great confidence with Spergon Wynn and on the field. 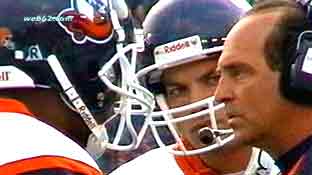 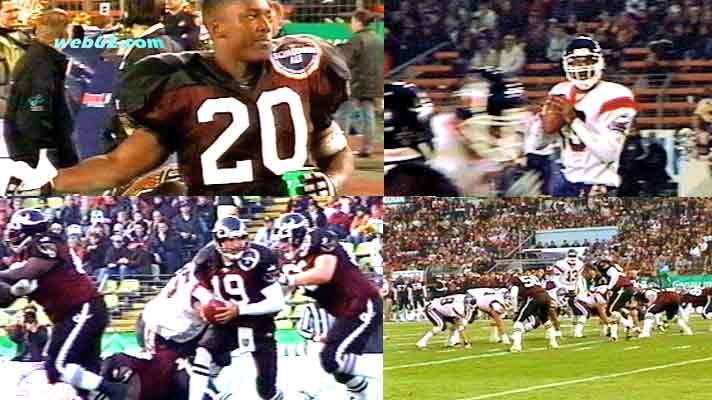 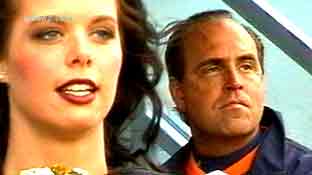 Amsterdam Admirals Head Coach Bart Andrus might have remembered the glory season 2000 alongside Galen Hall and Pete Kuharchek, when his Admirals were rolling into the stadium. 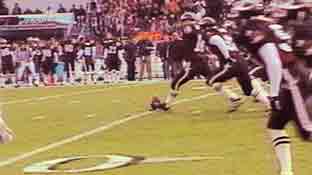 Season 2001 was started by kicker by James Tuthill, who had come from the San Francisco 49ers. 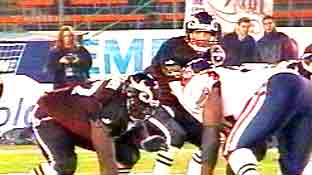 Rhein Fire quarterback Gio Carmazzi from the 49ers had put Pepe Pearson on a TD mission and CB Timothy Strickland from the Steelers didn`t have a chance. 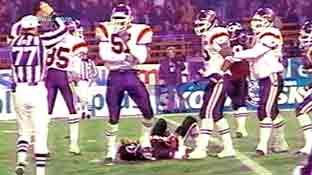 Quarterback Gio Carmazzi was chased by the Admirals according to instructions from Bart Andrus. " Hold them down, get physical."

In fact Gio Carmazzi was often left on his own and later he said, that he had felt like a lonesome rabbit on the run.

Head coach Pete Kuharchek had admitted, that some aspects will have to be looked after since the Admirals were jumping on the Fire qb like wrestlers. 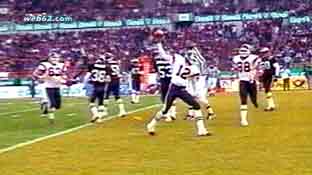 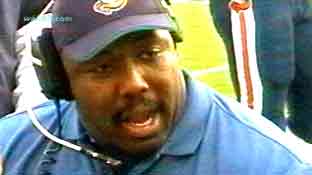 Amsterdam Admirals offensive coordinator Daryl Sims had been playing with the Browns and the Steelers within his NFL career.