Seven years with the St. Louis Rams for 2 Super Bowl entries and 1 Super Bowl win had been an outstanding career for Tom Nutten, who had been discovered by the Buffalo Bills in 1998 and who did have his lucky turn when meeting quarterback Kurt Warner at the Amsterdam Admirals within the same year.

The 1998 Admirals had been good, but not strong enough to win the championship in this year.

At his Amsterdam World Bowl visit Tom Nutten had been very much impressed by Dane Looker.

Meanwhile Tom Nutten is working for the German Television whenever there is some NFL coverage.

Tom Nutten had been on 78 NFL games and he had started in 68. 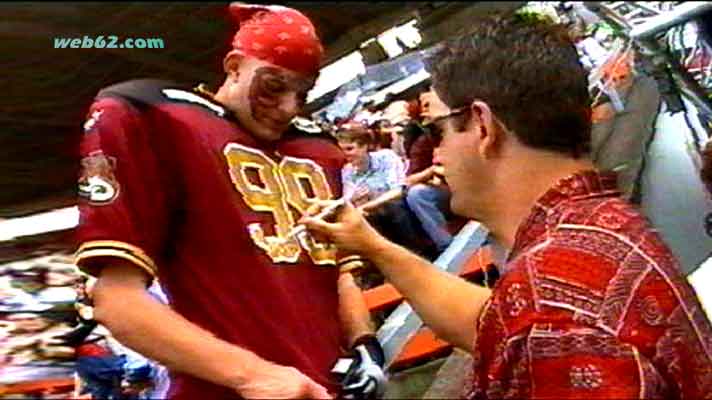