Have a look at many Scottish Claymores videos, interviews, photos, stories and many player profiles.

Jim Criner has been the head coach of the Scottish Claymores until season 2000.

Craig Nall has been the great Green Bay Packers quarterback from season 2003. 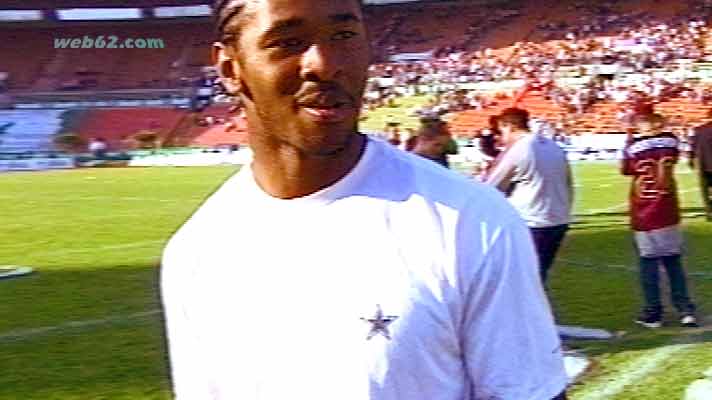 Many Dallas Cowboys were allocated to the Claymores such as safety Earl Riley, who had come to strenghten the Scottish over two seasons. 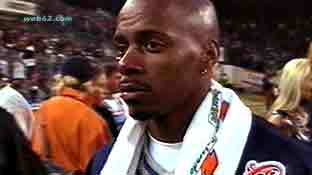 Dallas Cowboys receiver Deon Mitchell had looked sad, after his team had lost the World Bowl in 2002 under the eyes of his boss Jerry Jones, who had not taken him on his roster later on. 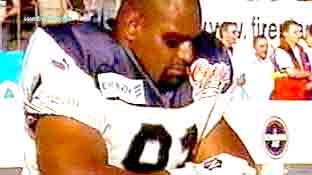 National DE Tom Tovo had 3 tackles at Rhein Fire in 1999 from which one did knock out Chris Brymer for two games.

Tom Tovo has played over 4 seasons for the Claymores and he became one of the Football icons in Scotland.