Yo Murphy was one of the most prominent players and also Hall of Famer on the team after three Scottish seasons, from where he went into the Buccaneers pre-season squad.

And at Rhein Fire in 99 he had been the only scorer inside his team.

Before Yo Murphy had been with the Tampa Bay Buccaneers for 7 games. 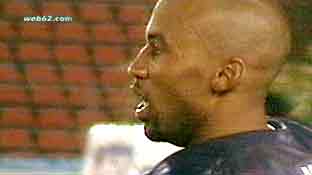