The 4-6 season had started very promising for the Admirals with a 17-15 win against Rhein Fire at the AufSchalke Arena in front of 28.206 fans.

After the game Pete Kuharchek had criticized his defense for insufficient tackling, but by the end of the season the Rhein Fire had scored another World Bowl berth against the Galaxy. 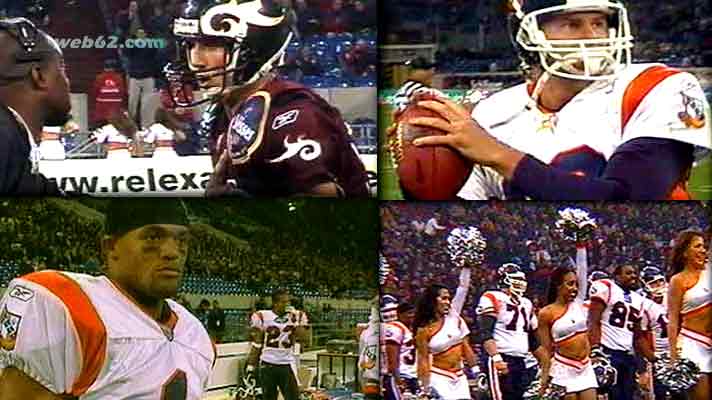 QB Shaun Hill is one of the last NFL Europe veterans, who is still playing in the NFL in his 14nth season while Chris Greison had retired in 2011 after two seasons at the Dallas Cowboys.

The Admirals had been the first, who had found their rythm and qb David Rivers from the Falcons was driving his team towards the end zone.

At his right WR Matthew Hatchette (1) was ready for his big catch, which had brought the first TD of the season for the Admirals, who had also won the previous two games against the Rhein Fire.

The Admirals kept on pushing with qb Shaun Hill and rb Raymonn Adams from the New York Jets, who had been the best rusher with 33 yards though his 10 attempts.

And the Fire had tried to bounce back, but they were unable connect to well at all when qb Chris Greison had failed to throw the ball before getting sacked by Admirals 92, Mike Cecere from the Washington Redskins.

Overall the first quarter had brought more than 10 minutes possession time for the guest team. 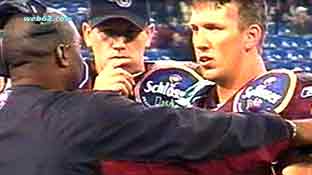 Quarterback Chris Greison had scored a TD, but offensive coordinator Mike Jones had wanted more and demanded a Two-Point Conversion. But then Chris Greison came under pressure and got sacked again. 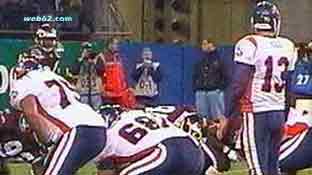 Quarterback Shaun Hill had moved his team well in the last drive, so that Kicker Joe O`Donnell from the Raiders had an easy 23 yard distance to go in order to secure the first win of the season. During the game QB Shaun Hill, had impressed with 27 rushing yards and 17 out of 24 passes completed for 128 yards and the longest over 25 yards what gave him a qb rating of 83,3. 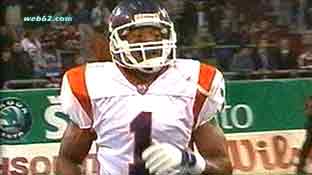 Matthew Hatchette did contribute 4 catches for 53 yards with the longest for 27 yards besides the opening TD of the season. 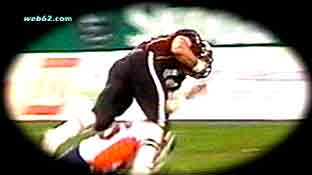 Quarterback Chris Greison had his moments when scoring this fabulous TD.