43.000 raving spectators had come to the Rhein Stadium to see another big clash with the Frankfurt Galaxy.

In fact, the Rhein Fire had reached their very peak in season 2000 when they had clinched their 3rd World Bowl appearance within 4 years after they had defeated the Galaxy at home by 34–27 and later at Waldstadium by an unmatched 53–14.

Before the match Frankfurt Galaxy head coach Dick "King" Curl had a great feeling after his two impressive 1999 victories against the Rhein Fire and the World Bowl win at Rhein Stadium. 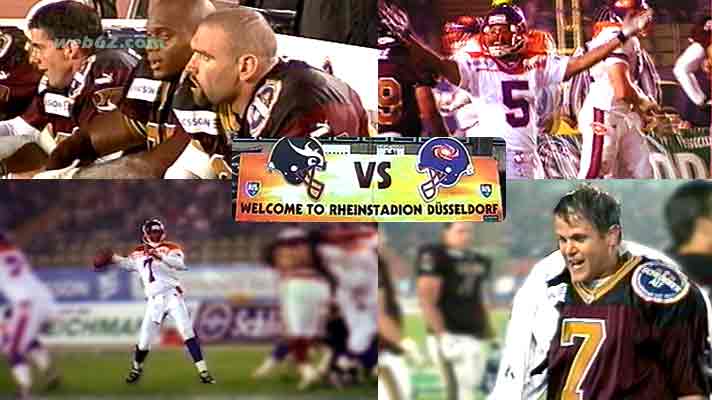 Watch the original game video clip from the year 2000 when 56k modem lines were the bottleneck for Internet TV.
Video

In the end the Galaxy quarterbacks Pat Barnes and Ted White had scored 360 yards in comparison to only 255 yards from the Fire quarterbacks Lytle and Wuerffel.

But it wasn't enough to turn the game once again after Jeff Ogden had converted a fine 30 yards pass from Danny Wuerffel into a TD, which brought the Fire as close to as 24:27. 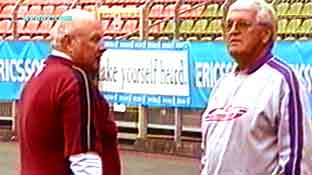 Season 2000 had brought the last duells between the two great head coaches Galen Hall and Dick Curl, who both had led their teams to the very top of the NFL Europe League. 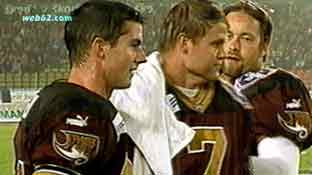 Dallas Cowboys receiver Jeff Ogden and qb Danny Wuerffel had been some of Galen Hall's aces on the field. But Danny Wuerffel had to get over several moments of frustration during the game. His results: 4 Rushing yards and 21 out of 29 passes completed for 204 yards and 1 TD. 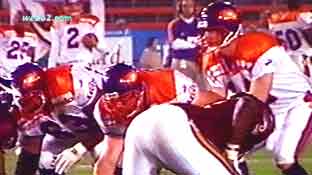 Quarterback Pat Barnes had shown 9 passes for 184 yards and here he was getting ready for a tricky 23 yards pass to WR Mario Baily, whose TD had generated a 21:16 lead. For a while the Galaxy was almost comfortably leading even 27:16 after the Rhein Fire had built a 16:14 lead thanks to Ryan Neufeld from the Dallas Cowboys, who had two fine catches. 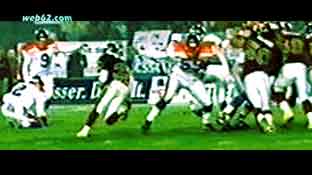 Sensational was that block by Dallas Cowboys' safety Chris Akins when he got into the way of Kicker Ralf Kleinmann just to get Matt Hickl taking off for a 85 yards TD run. 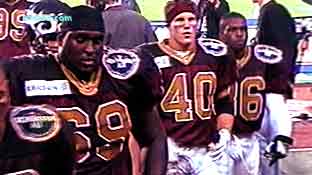 Rhein Fire's Matt Hickl had decided the game with his 85 yards TD run which took him into the press conference, where he had to explain the action. Before his biggest crowd had been 7.000 at his Kingville College. 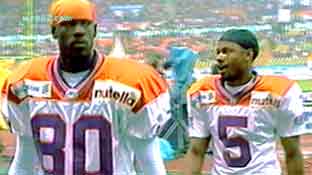