The most prominent NFL player, who had been with the Frankfurt Galaxy is probably Jake DelHomme after his starting quarterback role for the Carolina Panthers in the 2004 Super Bowl.

Most recently Jake DelHomme spoke very positive about his former head coach at the Panthers when commenting on the chances of John Fox, who is now coaching the Chicago Bears after he had led also Payton Manning and the Broncos into a Super Bowl.

Certainly qb Pat Barnes will be remembered for his World Bowl 99 win, but also he didn't get too far in the NFL just like RB Roger Robinson, who had played a big role under Mike Jones in 2006 when the Galaxy did win their fourth World Bowl.

Check out over 200 Frankfurt Galaxy player photos with also some basic information.

Unfortunately not all of the old photos are matching the quality standards of today as they were produced for 56k modem connections and they were mainly taken from VHS video tapes. Just have a look

Oakland Raiders WR Andy McCullough had been the MVP @ the World Bowl 99.

After that he joined the Arena League at the Dallas Desperados while Frankfurt Galaxy fans love to remember his 3 TDs when Galaxy did win the second World Bowl in 1999.

Frankfurt Galaxy QB Joe Hamilton had scored a Super Bowl ring with the Buccaneers before he moved on to the Colts and later to the Orlando Predators. 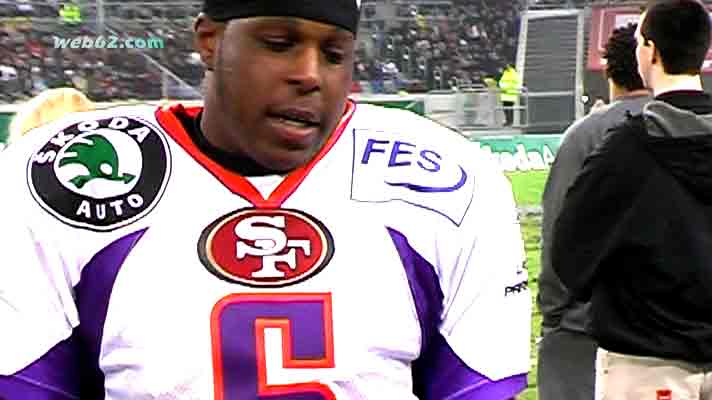 At Frankfurt Galaxy qb Bryson Spinner had been a part of the last World Bowl winning squad in 2006. But later on at the 49ers he did not get too far. 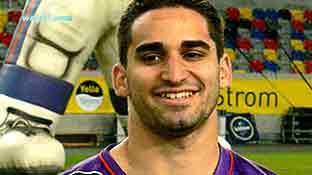 Certainly Word Bowl winning Roger Robinson was one of the best running backs that the Frankfurt Galaxy ever had on the field, but at the Cardinals he couldn't catch a starting spot on their roster. 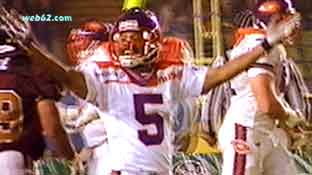 Mario Baily had been a great wide receiver at Frankfurt Galaxy and certainly he was everybody's darling in the Frankfurt area since he was scoring the most touchdowns for the team.

Among the Frankfurt Galaxy fans he would probably be named as their most popular player. 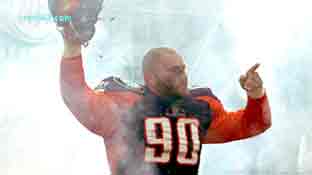 Daniel Benetka was one of the most prominent German national players on the team after two World Bowl wins during his active time from 2001 until 2007. And what a pity, that has never found a spot at any of the NFL teams.