Once again both games against Rhein Fire were lost and qb Ted White and the team had only 2 games during the season.

Both games against the Rhein Fire were won and a superb team went straight to the World Bowl after an 8-2 regular season.

Both games against the World Bowl winning Rhein Fire were lost and qb Tony Graziani had not been able to shine that bright.

At the Barcelona Dragons Brian Finneran had been one of the best. 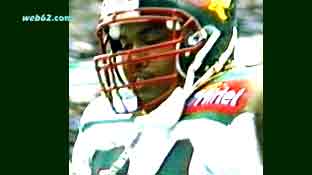 Seattle Seahawks' Kendrick Burton got twice suspended by the NFL for drug violations and then he went to play in the XFL. 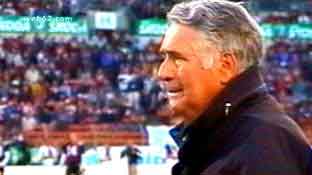 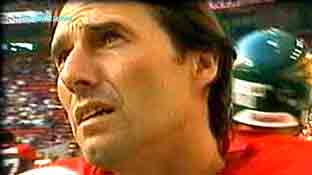 From 1987 - 1996 Jesus Angoy had played for the FC Barcelona soccer team, which is one of the finest in the world. In 1999 he spent the NFL pre-season at the Denver Broncos.

In 1997 he joined the Dragons, where he had helped to reach the World Bowl twice. 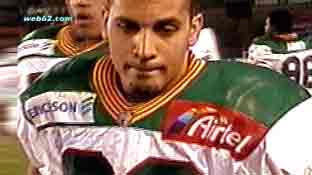 Samyr Hamoudi earned National of week 5 honors with his TD producing interception against Galaxy QB Pat Barnes in season 2000 and in 2003 he played his sixth season @ the Dragons.