Kansas City Chiefs' Mike Maslowski had been one of the great discoveries in 1999, when the Barcelona Dragons fans had chosen him to be their player of the year.

His GM Carl D. Peterson had praised him in a video interview for his outstanding performances, which had made Mike Maslowski such a valuable player for the Chiefs.

In addition the NFL Europe had elected him as Defense MVP of 1999 and he also played a great game in the World Bowl.

In season Mike Maslowski made first progress at the Chiefs with many big plays on special teams.

In season 2002 he rewarded by his coaches when they had sent him out as a starter with tackle leadership in his very first games.

Overall Mike Maslowski had been with the Kansas City Chiefs for six seasons and 65 games in which he had contributed 194 tackles, 4 sacks, 3 forced fumbles and 3 interceptions.

And in season 1999 Mike Maslowski had almost won the World Bowl with Lawrence Phillips and Brandon Noble.

In 2006 Mike Maslowski became the Linebackers coach at the Hamburg Sea Devils. 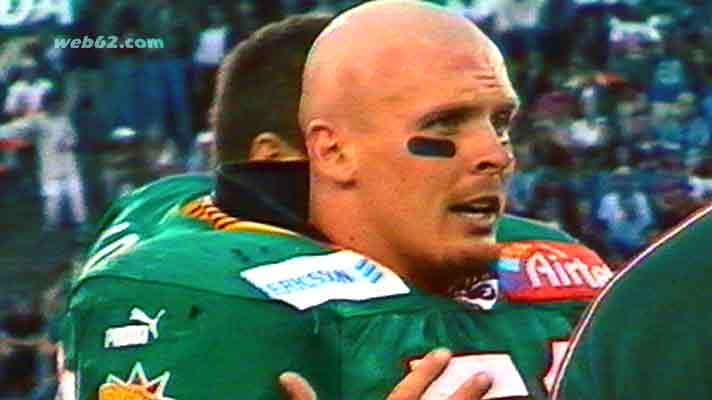