Atlanta Falcons quarterback Tony Graziani had been one of the stars at the 2000 Barcelona Dragons while the Rhein Fire had quarterback Danny Wuerffel on the field, who was about to throw his team to it's last World Bowl triumph.

Against the Dragons the Rhein Fire defense had been fairly generous in terms of playing time, but they were not allowing too many yards or points. 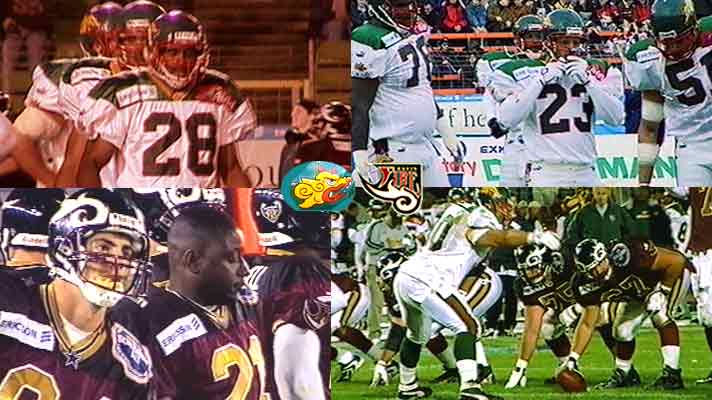 In the year before the Rhein Fire had lost their season opener against the Barcelona Dragons, but in 2000 head coach Galen Hall had excellent receivers and a tough defense on the field, which didn't give his visitors much space.

With Tony Graziani and Cory Sauter the Barcelona Dragons had received two quarterbacks with NFL experience, but at Rhein Fire they weren't allowed to impress. 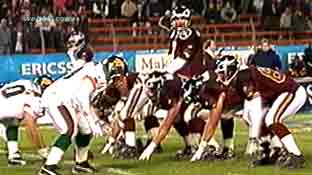 Danny Wuerffel came to the Fire with the Heisman trophy in his bag, which was also won by the great Cam Newton in 2010. During his career Danny Wuerffel had played in 25 NFL games for 2,123 yards and 12 TDs. 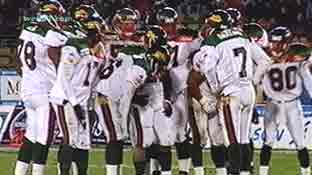 Atlanta Falcons quarterback Tony Graziani had completed 14 from his 27 passes for 144 yards while his rushing activities had brought 27 yards. 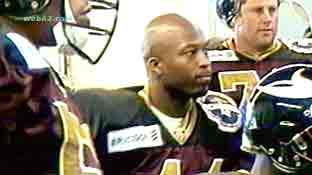 Baltimore Ravens' Anthony Mitchell didn't know at that moment, that he was bound to become the first player winning a World Bowl and a Super Bowl within one year. 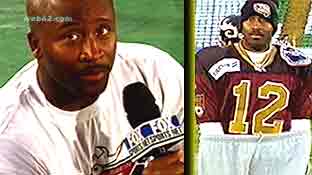 "Extremely "fashion conscious" had been kicker Danny Kight, who was allocated by the Baltimore Ravens and who had moved to the Colts during the season.