In 2002 the Barcelona Dragons became on official section of FC Barcelona, but with only two wins they had been the weakest team since many years and only two games were won while the Rhein Fire had come out on top with seven wins.

And on that night it had been once again two first class Rhein Fire running backs with Jamal Robertson from the 49ers and Tony Tailor from the Dallas Cowboys, who had been the biggest show similar to Kenny Bynum and Derrick Clarke in 1999.

In season 2000 head coach Jack Bicknell had not been pleased with his two quarterbacks. 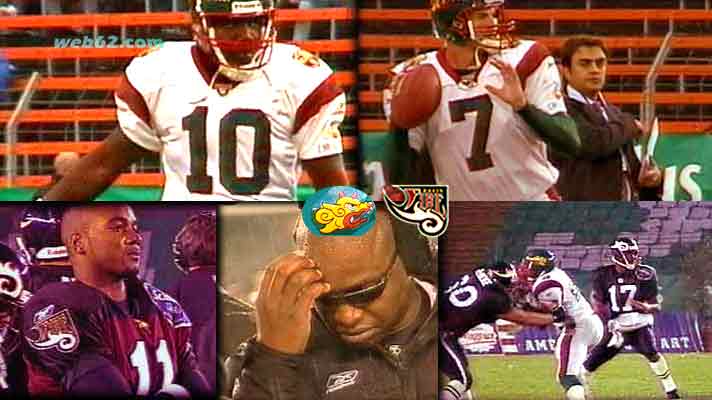 It wasn't a night of the quarterbacks despite the high scoring Rhein Fire under offensive coordinator Mike Jones, whose Tee Martin had seemed a bit rusty to Fox analyst Dan Miller, while the Dragons had Ted White and Joe Germaine on the field, who had completed 10 from 18 passes for 59 yards besides one interception. 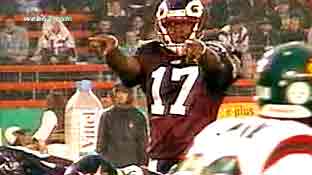 Quarterback Tee Martin had landed a job at the Oakland Raiders in 2003. But during his match against the Dragons he had completed as little as 8 out of 21 passes for 106 yards. But at least he had made one touchdown in addition to 24 yards with 3 attempts. 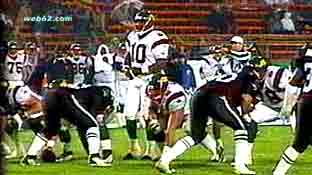 In particular former Galaxy quarterback Ted White had not fulfilled the expectations of his head coach Jack Bicknell. 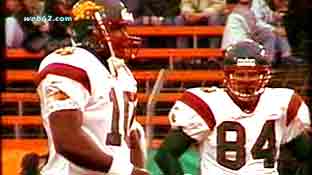 26.000 fans had a cold and rainy night at Rhein Fire Stadium, where they saw the FC Barcelona Dragons with former Galaxy QB Ted White allocated by the Raiders and Robbie Snelling came from the Titans. 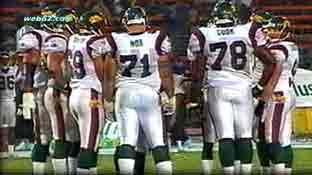 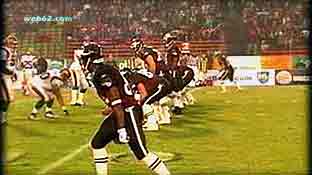 Rhein Fire had ruled the night with a possession time of 37:19 minutes compared to only 22:41 for the Dragons, what was leading to a final score of 31:3. 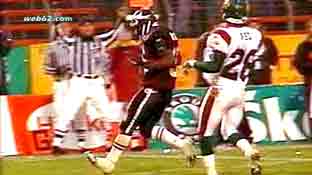 Dallas Cowboys RB Tony Taylor had impressed a lot with 1 TD and 95 rushing yards while RB Jamal Robertson had even come up with some amazing 124 Yards and 2 TDs, so that the miserable passing game didn`t matter that much at all.