The St. Louis Rams had kept Dane Looker for many seasons from 2002 until 2008 and there must have been some reasons.

112 receptions for 1,224 yards and 5 TDs had been his contribution to the NFL fans at the Rams

Inspired by his outstanding performance Berlin Thunder head coach Peter Vaas will always enjoy to remember Dane Looker back in his days at Berlin Thunder.

And a few months later the most succesful NFL Europe coach had submitted the following comment on this receiver, who had produced some solid 661 yards for his team during his impressive World Bowl winning 2002 NFL Europe campaign.

"Dane Looker is a first class gentleman. He is an excellent golfer, a personable person, a hard worker and during his stay in Berlin he had his wife Amy with him too.

She is a very successful High School basketball coach.

Amy and Dane deserve every success they get because they are 2 tremendous people." 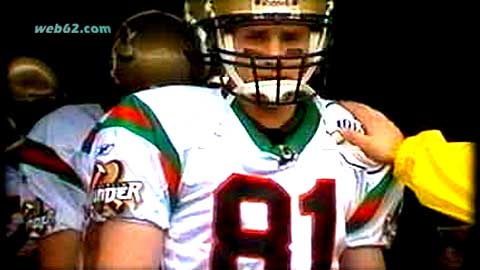