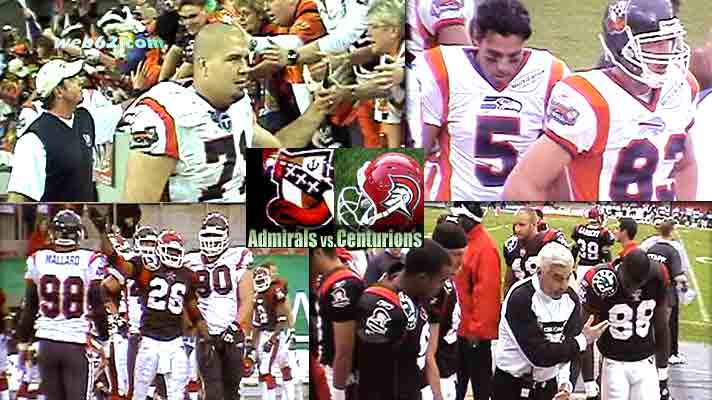 The time of possession was fairly equal with 31:24 for the Cologne Centurions and 28:36 for the Admirals. 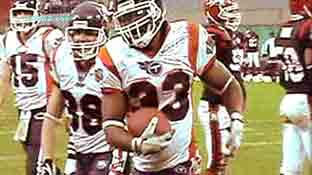 Running back Jarrett Payton had impressed with a fabulous TD and 9 carries for 30 yards in addition to 2 receptions for 21 yards. 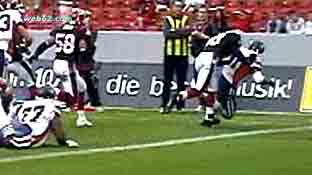 But running back Jonathan Smith from the Kansas City Chiefs opened the touchdown party. 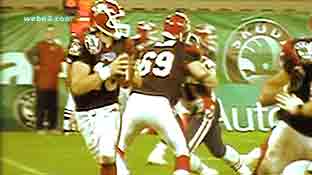 Despite an injury qb Kevin Thompson could complete 22 from his 36 passes for an impressive 260 yards and 2 TDs.

But 3 interceptions had lowered his rating down to 66,9. 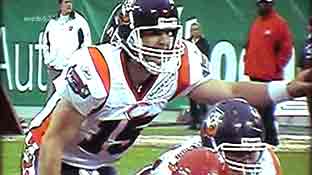 Admirals quarterback Kurt Kittner from the Chicago Bears did complete 9 from 12 passes for 150 yards and 1 TD.

His longest pass was over 60 yards and with a rating of 144,4 he had completed the evening as the best on the field. 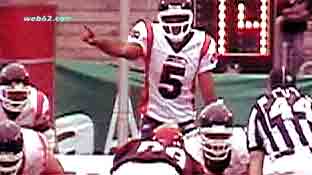 During the game Admirals quarterback Gibran Hamdan got injured on his shoulder what threw him out of the season.

Against the Centurions he completed 6 from his 11 passes for 98 yards and a QB rating of 84,7. 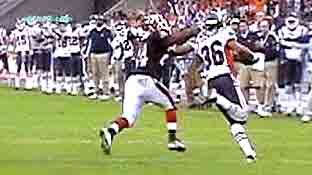 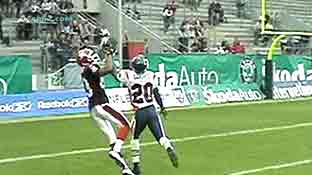 Cornerback Jeff Sanchez from the Detroit Lions had shown 2 tackles and 1 interception. Back in 2003 he had been with the Dallas Cowboys. 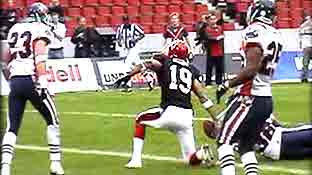 Receiver Carl Morris came from the Miami Dolphins and he was able to sore a fine TD after a 15 yd. pass from Kevin Thompson. During the entire game Carl Morris had 5 receptions for 57 yards.

Amsterdam Admirals receiver Ruvell Martin had shown 3 receptions for 90 yards and 1 TD of which the longest one had been a 60 yards pass. 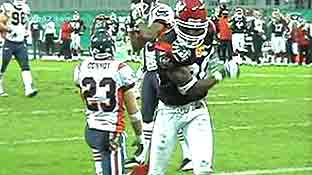 Touchdown by WR C.J. Jones from the Cleveland Browns after a 19 yards pass from QB Kevin Thompson. And in 2008 he had been with the Patriots.