Week 3 of the 2005 NFL Europe season brought 10.800 enthusiastic fans to the Cologne Centurions, who all felt well entertained by a 23:14 victory that was mainly based on the 2 TDs of Dallas Cowboys running back hopeful Keylon Kincade and a superb defense, that gave the Galaxy as little as only 21 minutes possession time.

Frankfurt Galaxy head coach Mike Jones had mentioned a "sleeping giant" when describing his team a week earlier after their win against the Amsterdam Admirals. But too many injuries had prevented a further rise in week 3 while the Cologne Centurions were on top of the League after the match and 3 straight wins.

Galaxy vs. Cologne Centurions on video 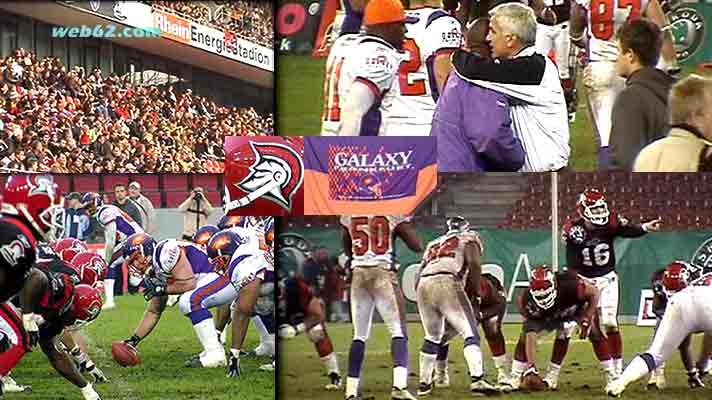 The the two champion head coaches Mike Jones and Peter Vaas had played against each other so many times during their impressive NFL Europe career.

Over many years Mike Jones had been a key factor for the success of the Rhein Fire while Peter Vaas had been with the Barcelona Dragons before he did take two championships in a row with the Berlin Thunder.

But despite the loss in Cologne Mike Jones was fully on track with his team as he was also able to reach two World Bowls in a row in 2006 and in 2007. 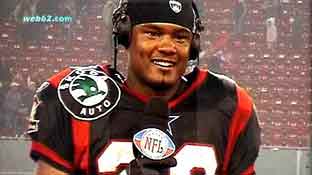 Incredible was the performance of Dallas Cowboys running back Keylon Kincade and NFL Network had been very much interested in introducing the highly explosive young talent, who had scored 2 TDs and 151 yards gain. 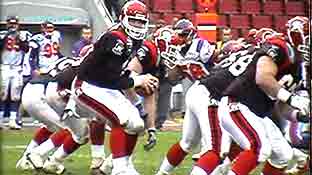 Centurions QB Kevin Thompson had completed 9 from 24 passes for 118 yards and 1 TD and with 3 carries he did gain another 18 yards for a rating of 67.7, which did also reflect 1 sack. 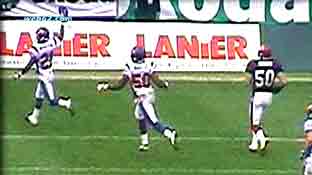 Receiver Lamont Brightful had found the right opening angle when he scored a wonderful TD with an 85 yd. kickoff return after only 14 seconds into the game. 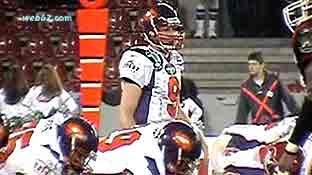 Quarterback Kevin Eakin from the New York Jets had completed 8 from 13 passes for 120 yards and one TD. His longest pass was over 35 yards and his rating of 117 had been the highest of the day. 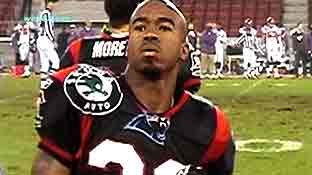 Cornerback Marcus Floyd from the Carolina Panthers had contributed 2 tackles. 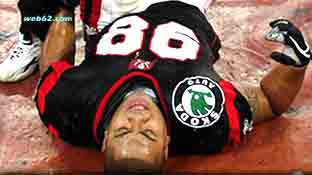 Starting left tackle Bryan Save from the Tampa Bay Buccaneers was suffering from an injury. 1 forced fumble, 1 sack and 5 tackles had made him the best defender of the Centurions.

More from Bryan Save 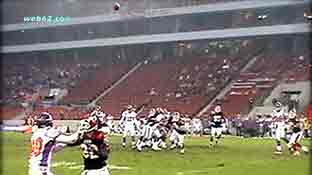 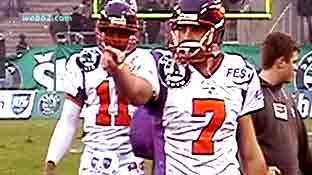