In week 3 the Admirals had given the Galaxy a 20–38 loss inside a freezing cold Amsterdam Arena, where not even 10,000 fans had wanted to see the defending champion team that was led by head coach Bart Andrus. 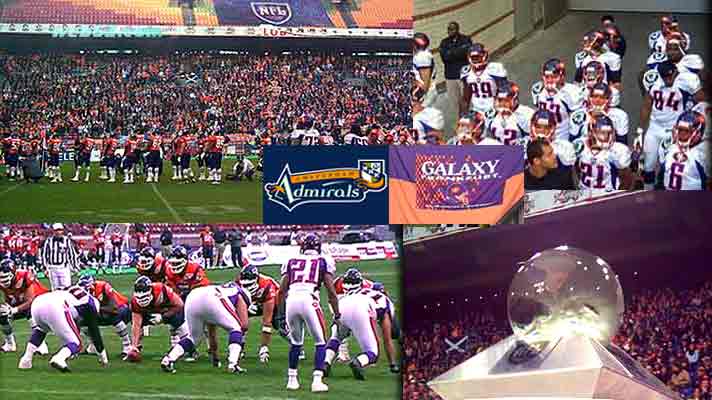 The Time of Possession was almost equally shared with 30:50 for the Admirals and 29:10 for the Galaxy while quarterback Gibran Hamdan was the star of the game with a superb rating of 158.3 after 3 TDs, no interception and 12 from 15 passes completed for 189 yards.

Gibran Hamdan said in the press conference, that he loves the philosophy of Bart Andrus who always aims to stretch the field vertically. Apparently that was one of the reasons which had attracted him to the Admirals. 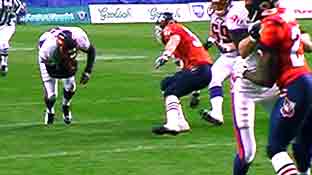 Bryson Spinner ended up with a rating of 36.1 and "It`s not on Spinner ..." had been the statement of head coach Mike Jones when being asked about the performance of his quarterback. Here Bryson Spinner had gained 13 rushing yards in addition to his passing record with 5 out of 9 for 59 yards and 1 interception. 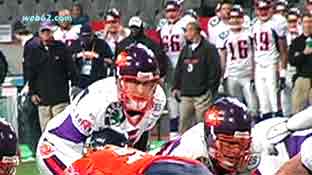 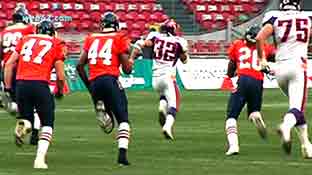 Roger Robinson`s opening 66 yards TD was very impressive as it had revealed the incredible speed of the Cardinals running back. All together he had scored 95 yards with 14 attempts. 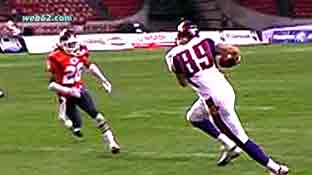 Aaron Hosack was the second best receiver with 1 TD and 5 passes caught for 61 yards. 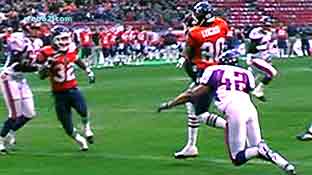 Running back Chad Lucas was allocated by the Tampa Bay Buccaneers and he had scored 2 TDs with 2 receptions for 22 yards. 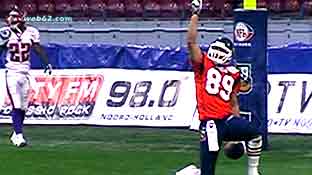 Skyler Fulton was allocated by the Seattle Seahawks and his 4 receptions for 144 yards and 2 TDs had made him the best receiver of that game. 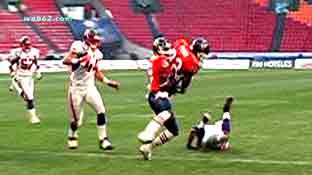 Diamond Ferri has been for 3 games with Arizona Cardinals in 2006 and against the Galaxy he had shown 17 carries for 99 yards and 1 TD.