28.000 fans saw a fairly close 28–21 victory of the Duesseldorf team, which had the striking receivers Charlie Adams and Kendall Newson on the field. 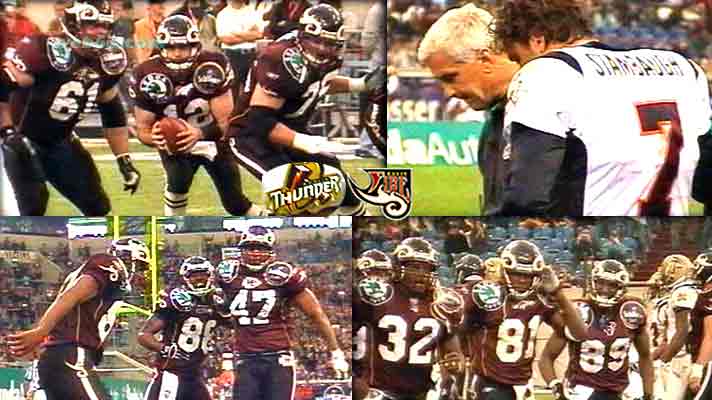 The Fire had been more efficient to win the game by 28–21. 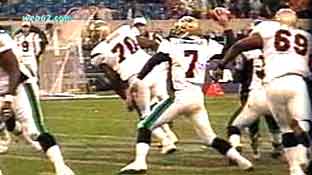 In addition he rushed for 5 yards and 1 TD. 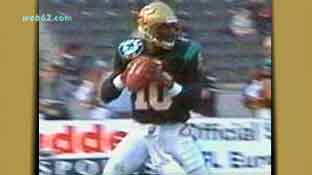 Thunder quarterback Henry Burris from the Chicago Bears might have felt some sort of home pressure and could not convince as expected with a low rating of 42,3 which was based on 7 from 23 passes completed for 83 yards. 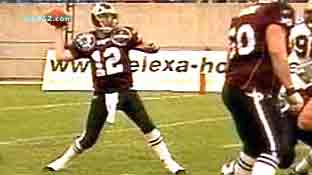 Quarterback Nick Rolovich enjoyed connecting with WR Charlie Adams and ge reached a solid rating of 107 for his 9 of 13 passes converted for 92 yards. 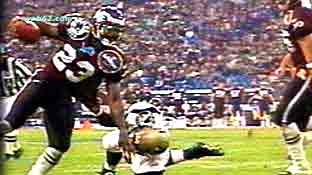 Autry Denson from the Detroit Lions Autry Denson was able to contribute 13 carries for 69 yards. 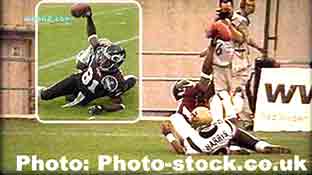 Receiver Charlie Adams from the Denver Broncos had caught 4 passes for 31 yards and an early TD. In fact, Charlie Adams made it right on the front page of the NFL Europe with this great shot. 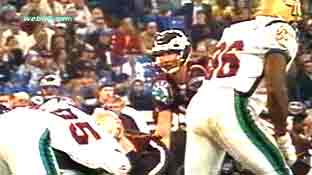 Quarterback Chris Greison from the Dallas Cowboys was getting ready for his 17 yarrds. pass to decide the game. 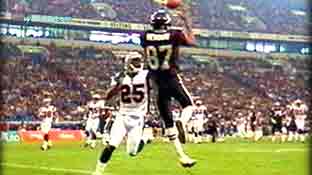 Kendall Newson from the Miami Dolphins had been a prime force on the field with 5 catches for 81 yards and this match breaking TD catch. 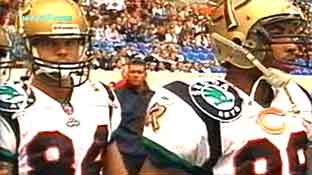 German National Joerg Heckenbach had 3 catches for 30 yards while TE Bryan Fletcher from the Bears caught 1 pass for 5 yards. 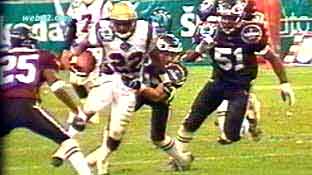