What a long career is punter Brian Moorman having at the Buffalo Bills, where he had started to play in 2001.

14 NFL seasons played and except for a short flirt with Jerry Jones for one short season Brian Moorman had been a total Bill in Buffalo where over nine hundred punts had added a solid amount of points to the team's score and in 2005 Brian Moorman has even been the only player from the Bills, who had received a Pro Ball invitation.

As a matter of fact, Brian Moorman had been on all 16 season games over 11 NFL seasons.

Three punts for 164 yards had been his score at Rhein Fire in 2001 when he had been playing for the Berlin Thunder in his second season after 2000, when he was sent out to the NFL Europe by the Seattle Seahawks. 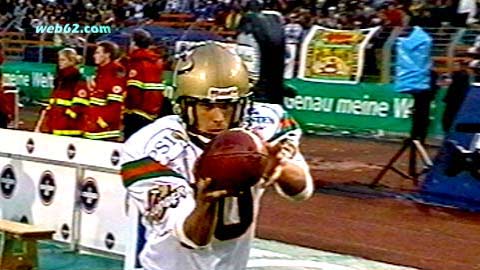