The Berlin Thunder 2002 quarterback had started his NFL career at the Carolina Panthers in 2002 from where he moved to the Philadelphia Eagles to attend 2 games.

2003 had been his best year starting for the Washington Redskins in 5 games during which he had scored 5 touchdowns before 2004 went slow.

In 2005 Tim Hasselbeck attended 2 games at the New York Giants from where he moved to the Cardinals for only 1 game in 2007. 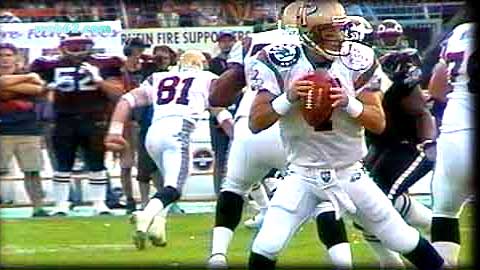