43.000 fans had come to see the Rhein Fire playing against the Scottish Claymores with their top quarterback Craig Nall and the atmosphere was absolutely exciting.

The game was spectacular but the Claymores lost with 17-34 despite all their efforts and top guns like Maurice Hicks on the field. 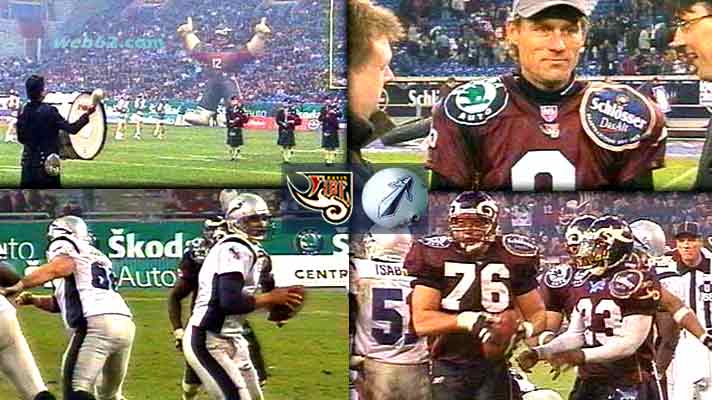 There was some great Scottish music in the house to inspire Craig Nall and his team while the Rhein Fire had top running back Autrey Denson on the field alongside some spectacular receivers, that were once agained instructed by offensive coordinator Mike Jones. 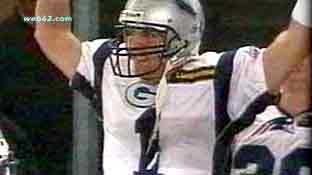 Claymores starting quarterback Craig Nall had come from the Green Bay Packers he was very much looking forward to see a similar result to week 1, when they had grounded the Berlin Thunder. But he only completed 10 from 21 passes for 140 yards and a rating of 69,5. 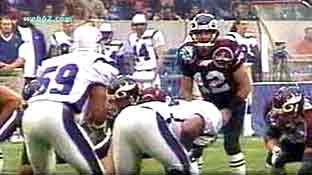 Quarterback Nick Rolovich from the Denver Broncos had been in a great mood after a rating of 125,2 and 7 from 11 passes completed for 105 yards and 1 TD.

Most pectacular was a 33 yards pass. 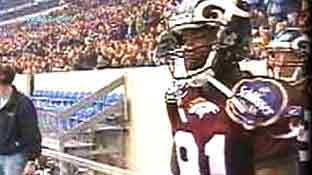 Charlie Adams from the Denver Broncos didn`t know at this moment, that he was bound to become one of the top guns on that very special day with 5 receptions for 45 yards and 2 TDs. 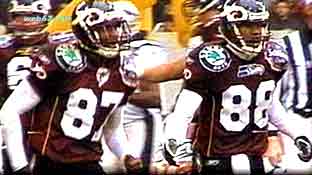 Running back Autry Denson and wide receiver Emmett Johnson were key factors within a superb offense on that day. In Particular Emmett Johnson from the Seattle Seahawks did come with great plays when making 4 catches for 56 yards and Autry Denson did score 1 TD and 168 yards. 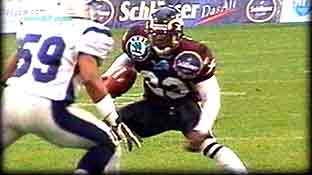 Autry Denson did emerge as the fastest rusher while Frank Moreau made the powerful heavy weight running back. Here Denson runs perfectly around Darnell Robinson, who had shown 2 tackles during the game. 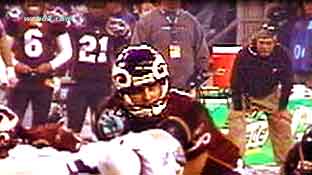 Head coach Pete Kuharchek and QB Nick Rolovich had the game under control and they also could win the game in Scotland by 0–33. 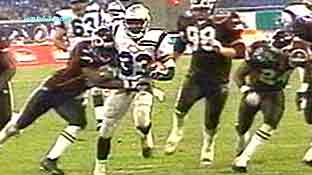 Maurice Hicks was allocated by the Bears and he did rush for 12 yards with 6 attempts. And in between 2004 and 2007 he had been on 55 games for the San Francisco 49ers. 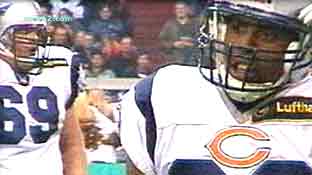 Edell Shepherd from the Bears did earn himself a fine NFL career at the Tampa Bay Buccaneers when he became one of Craig Nall's preferred connections by coming up with 4 catches for 48 yards during this game. 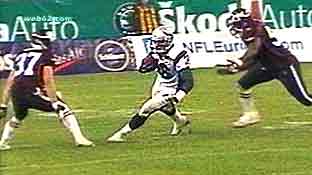 Scott McCready was one of the best Scottish Claymores with 5 receptions for 1 TD and 61 yards.