While the Rhein Fire had lost their momentum in Frankfurt the Galaxy was gathering vast amounts of confidence for a third meeting in the World Bowl.

RB Jonas Lewis was kind of sneaking over the line after his 3 yards run for the first TD of the game.

Quinn Gray from the Jacksonville Jaguars came up with a fine performance that was rated with 107,6 after 7 from 12 passes completed for an amazing 206 yards and two TDs. In particular one pass for 82 yards had been more than remarkable.

But also RT Kendrick Rogers from the Cardinals had again justified his starting role. 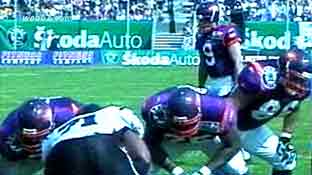 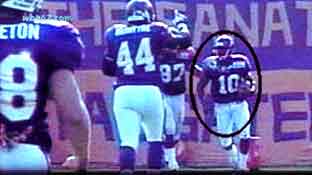 Ravens' receiver Marc Lester had converted a 61 yards pass from Quinn Gray into a TD. 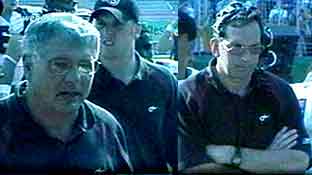 Defensive coordinator Ed O`Neil and his head coach Pete Kuharchek had not been able to get their team running in that lovely sunshine weather at Wald Stadium. 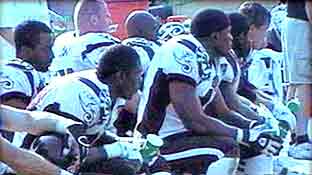 Rarely a Rhein Fire defense had looked so depressed and only a few weeks before the Galaxy had not been able to score more than 7 points.