Very spectacular was Danny Wuerffel, who got sacked 3 times in the first half and some substantial improvements were badly needed in the secomd half.

But then Danny Wuerffel started to work like a horse in order to turn the game. Efficient was the decision to add a few rushing yards and he made some 29 with 8 attempts at some very important moments.

Not very hot at all were the two running backs Ontiwaun Carter, who had only contributed 19 yards while RB Pepe Pearson had scored as little as 20 yards.

So it was up to Danny Wuerffel to earn himself a World Bowl berth as a birthday present to himself, the team and to all the raving Rhein Fire fans.

But meanwhile the Rhein Fire World Bowl Champion is badly in need of help from some friends and perhaps someone might be able to give him a hand. 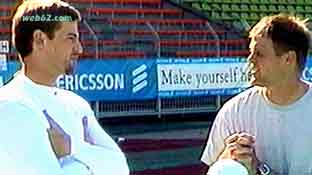 Quarterback chats before the game were unusual, but here Eric Kresser and Danny Wuerffel were enjoying the warm springtime sun at the good old Rhein Fire Stadium. 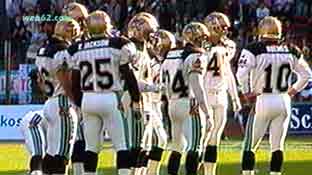 In the first half of the game the Berlin Thunder offense had been extremely forceful with 258 total net yards in comparison to some poor 80 yards achieved by the Rhein Fire. 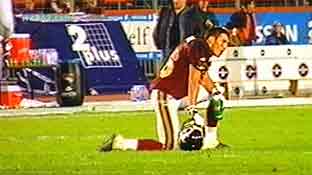 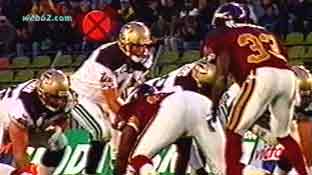 Highly aggressive had been safety Nick Ferguson, who always had a close eye on the two Thunder quarterbacks Scott Milanovich and Eric Kresser. 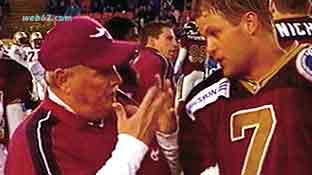 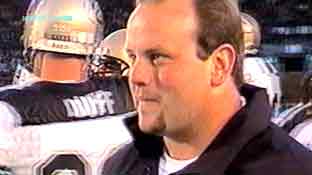