At the Saints things were not working out to well despite some good starts and he was looking for some better options when the Dallas Cowboys and the Carolina Panthers had signaled some interest.

And how lucky Jake Delhomme had been with his decision to relocate to the Carolina Panthers, where all fruit had been more or less ripe to gun for Super Bowl, where he had only lost through a last-minute field goal by Adam Vinatieri, who has now won five Super Bowls after he had started his career at the Amsterdam Admirals in 1995. 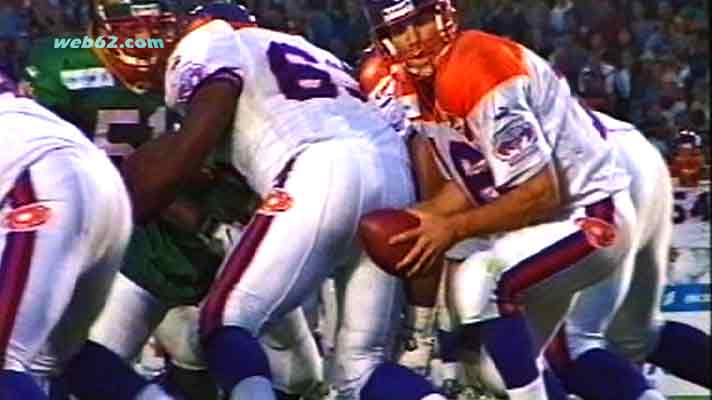 Jake Delhomme on the field
Video 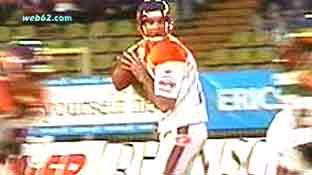 Winning World Bowl 1999 has been a tremendous success for Jake Delhomme when he had been one part of Dick Curl's legendary double headed monster alongside Part Barnes. 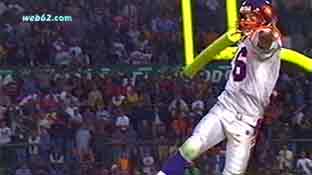 Celebrating another touchdown and the win over the Barcelona Dragons at World Bow 1999.