The game was hard fought and it ended with a 10–3 for the home team under Pete Kuharchek in his first season on head coach. 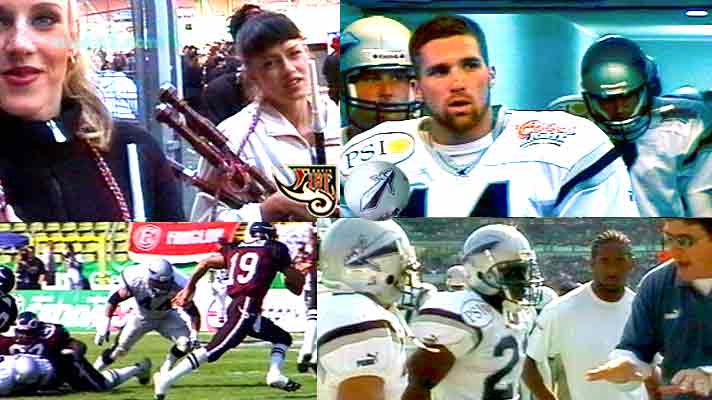 Rhein Fire had brought up on quarterback Gio Carmazzi from the 49ers and Phil Stambaugh from the Saints while the Claymores were in the hands of Dallas Cowboys hopeful Clint Stoerner. 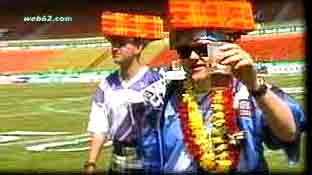 Preston from the mighty Cheddarheads was looking very pleased with the sunshine and the beer in Duesseldorf, which had helped the Scottish NFL expert to predict a very close game with only a few points. 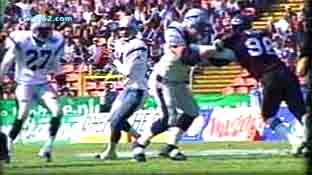 Without a a single TD pass and with two fumbles and 2 interceptions Clint Stoerner had not impressed that much. But at least he had completed almost 50% of his pass attempts. 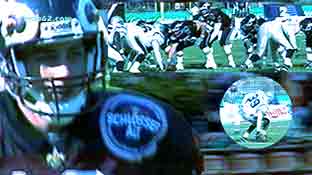 Also Rhein Fire QB Phil Stambaugh did not look too good when Chris Ward just had to pick up the ball, that him and Eddie Hardaway had dropped in Q4.

Still, Phil Stambaugh showed one TD pass and 14 out of 19 passes reached their target for 158 yards, which was a pretty good result. 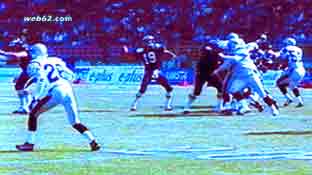 Sometimes 49ers QB Gio Carmazzi couldn`t find his way forward and 17 rushing yards with 2 attempts and 2 out of 4 passes completed for 14 yards had not been his very best result.

After the season QB Phil Stambaugh and TE James Whalen were having problems when seeking work in the NFL.