Head coach Peter Vaas had created a very strong Berlin Thunder during season 2001 and in the end they had won the World Bowl against the Barcelona Dragons, who had a superb offense with qb Jarious Jackson.

WR Ahmad Merritt had been one of the stars on board, who was coming from the Chicago Bears. 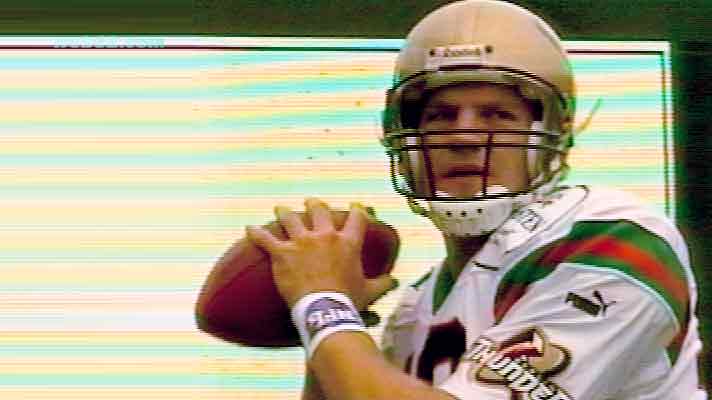 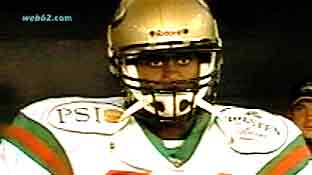 Running back Madre Hill had made it on the rosters of the Cleveland Browns and the Oakland Raiders, where he was on seven games over three seasons, but he remained without any action on the field. Back at Rhein Fire 2001 he had scored 4 rushing yards with 5 carries and 2 receptions for 17 yards. 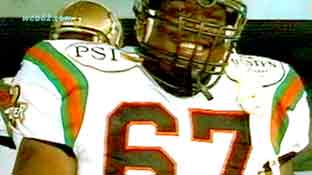 Guard T. J. Washington had been with the Carolina Panthers, but without appearing on any game. 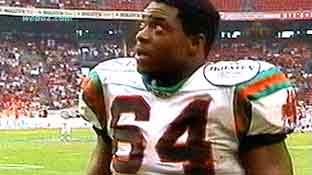 Chiefs DT Thomas Washington had been with the Kansas City Chiefs. 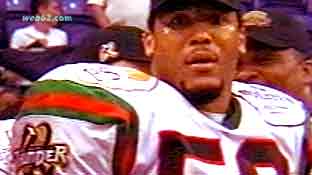 Jaguars LB Joe Wesley had also spent two season at the 49ers before he did come over to join the Berlin Thunder. 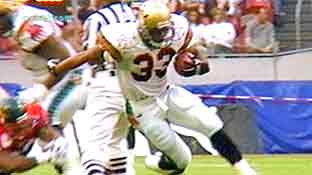 Rodnick Phillips had amazed the Thunder fans in Europe, but unfortunately the Seattle Seahawks did not ad him to their roster after a few talks and some testing. 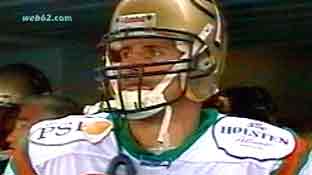 Berlin Thunders Scot Osborne had caught 2 passes for 17 yards at Rhein Fire and in the NFL he had spent 2001 at the Buffalo Bills and 2003 at the Cleveland Browns without being on any game. 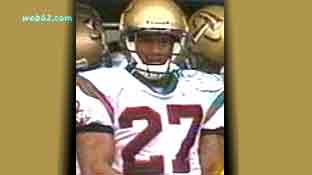 Dwayne Stukes had been close to catch a rooster spot at the Pittsburgh Steelers before he came to the Berlin Thunder for two seasons, after which became associated with the Tampa Bay Buccaneers, but without catching a roster spot. 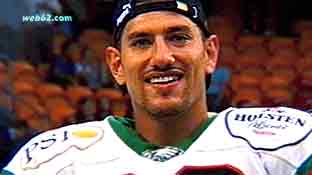 Tight end Carlos Nuno had been in talks with the Eagles, but he couldn't land a job in the NFL after his superb NFL Europe campaign during which he had caught 6 passes for 36 yards at Rhein Fire and 2 passes for 11 yards in the World Bowl. 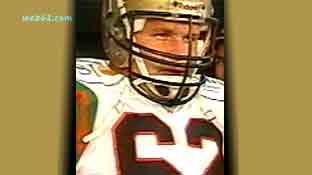 Center Ryan Kalich had been in talks with the Redskins, but in the end he wasn't able to catch a slot in the NFL. 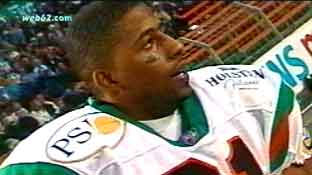 Jeremy Earp had been a Thunder wide receiver, who had spent one season with the Minnesota Vikings, but without being on any game. 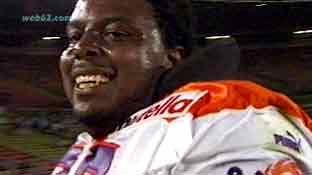 Tight end Jay Hagood had been with the New York Jets for the 1997 NFL season and 2001 was his third year in the NFL Europe, where his World Bowl win with Frankfurt Galaxy in 1999 had been a big highlight.