Head coach Peter Vaas was in his first season and 4 wins did earn his team a 5th place in the League while hosting games at Jahn-Sportpark.

Most impressive were the wide receivers Damon Dunn and Thabiti Davis, who had launched a fine career at the New York Giants. 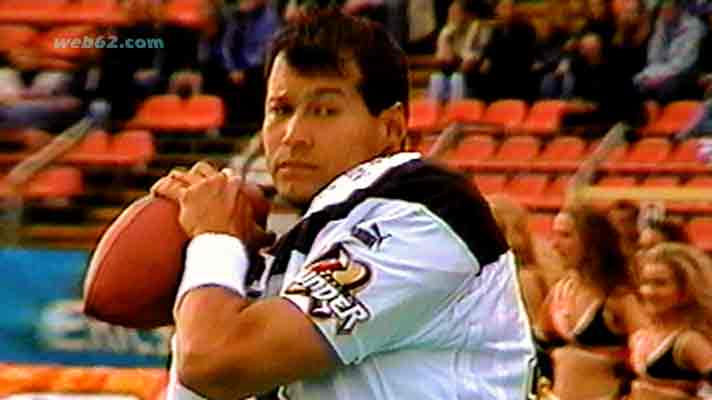 Quarterback Scott Milanovich did come from the Tampa Bay Buccaneers. 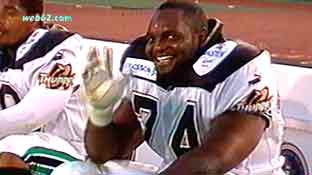 Friendly Thomas Guynes came from the Arizona Cardinals where he had been on 4 games. 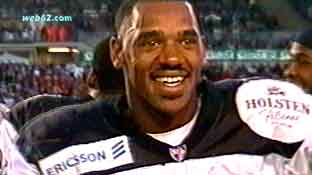 Cornerback Duane Butler had been for 2 NFL seasons with the Minnesota Vikings. 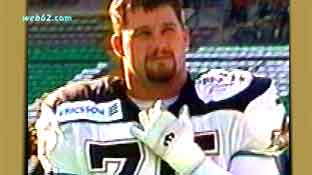 Linebacker and guard Tony Berti had been on 33 NFL games before he came to the Berlin Thunder and for 4 seasons the San Diego Chargers were his team before he had moved to the Seahakws. And from Thunder he went to the XFL. 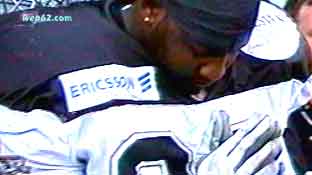 Defensive end Mike Sutton has been with the Tennessee Titans for 2 seasons before he joined the Berlin Thunder. In 1999 hw has played for the Rhein Fire and in 2002 for the Amsterdam Admirals. 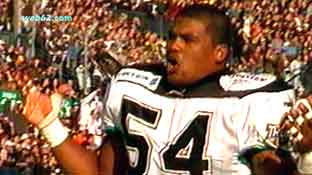 Linebacker Richard Hogans had not been able to land a job in the NFL after his stint in Berlin. Back in 1999 he was with the San Diego Chargers and in 1997 with the Chicago Bears 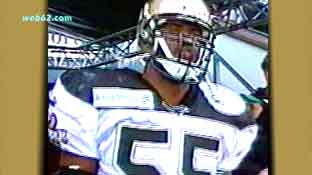 Lamont Green had been with the Carolina Panthers and with the Atlanta Falcons, where he was on 1 game in 1999. 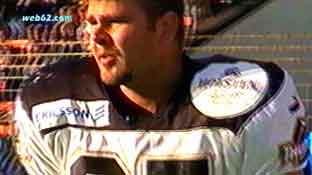 Offensive tackle Jon Blackman came from the Eagles after he had been with the Indianapolis Colts in 1998. 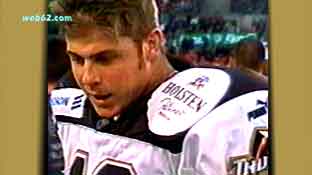 Safety Billy Gustin had 3 tackles and 1 assist at Rhein Fire 2000 and in 2001 he returned as a protected player to become a real top gun with 5 tackles and 3 assists. 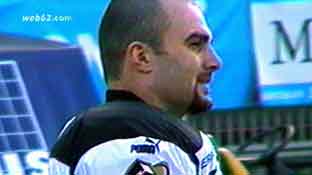 Running back Brian Shay had found work in the XFL at Orlando Rage after his season in the Thunder. 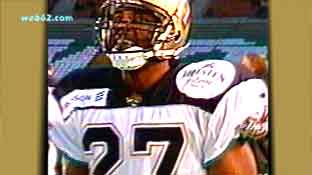 Safety Kevin Peoples had also played in the XFL for the Memphis Maniax after the Jaguars lost their interest in him. 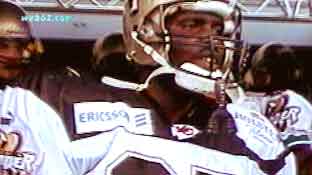 Running back Vershan Jackson did spend the 1999 NFL season with the Kansas City Chiefs before he came to Berlin Thunder.