20,598 Fire fans saw a close win 27:24 against the Berlin Thunder and they were delighted about the work of the new head coach Jim Tomsula.

RB Fred Jackson and WR Kendrik Starling had still looked tensed in the press conference after a very tight match, which was won in the very last second by a 28 yards field goal from Swedish iceman Ola Kimrin.

Kendrik Starling from the Texans had an important 44 yards TD catch and with 4 receptions for 167 yards he was also the best receiver on the field.

Also with his 4 returns Fred Jackson had gained 24 yards besides his 13 carries for 123 yards. 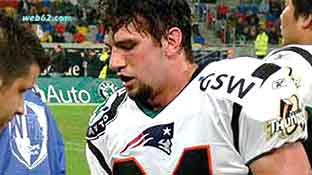 Receiver Rich Musinski from the New England Patriots had 3 receptions for 21 yards. 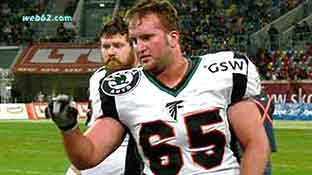 Center Toby Cecil was sent by the Atlanta Falcons, where could not land a job after his return. 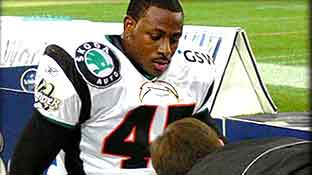 Jonathan Evans from the Chargers had required some treatment during the game. 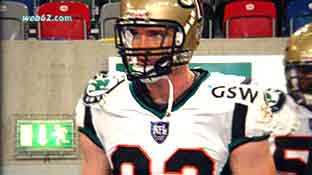 German National Christian Mohr had shown 3 tackles and 1 sack during the match. 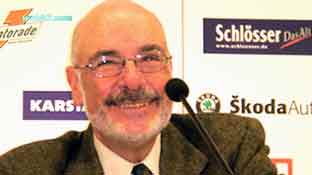 Head coach Rick Lantz had looked fairly relaxed at the press conference after his team had almost won the game.