In 2006 Will Svitek did win the World Bowl with Frankfurt Galaxy and at that time he had been a property of the Kansas City Chiefs for whom he was playing for 3 NFL seasons and in 16 games.

From the Chiefs he moved on to the Atlanta Falcons, where he had been on 45 games, starting in 12.

In 2013 Will Svitek moved on to the New England Patriots for 13 games and starting in 2 before the Tennessee Titans became his final team in 2014. 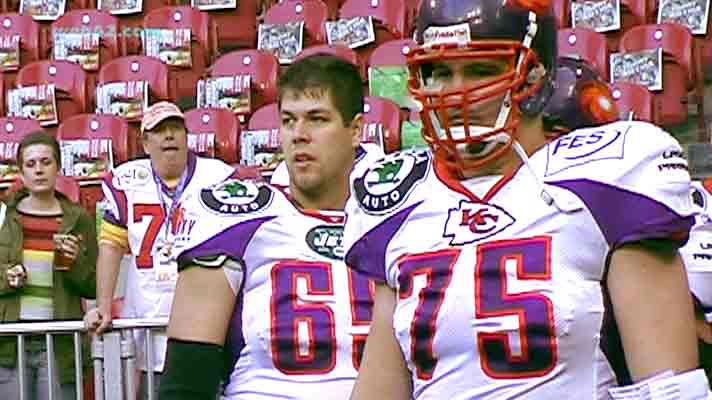 Will Svitek @ Galaxy vs. Admirals
Video