In 2007 Rhys Lloyd had reached the World Bowl with the Frankfurt Galaxy after which the Baltimore Ravens had gotten hold of him for 2 games.

But during the season he got waived to the Carolina Panthers, where he had become active on 48 games during 4 NFL seasons. 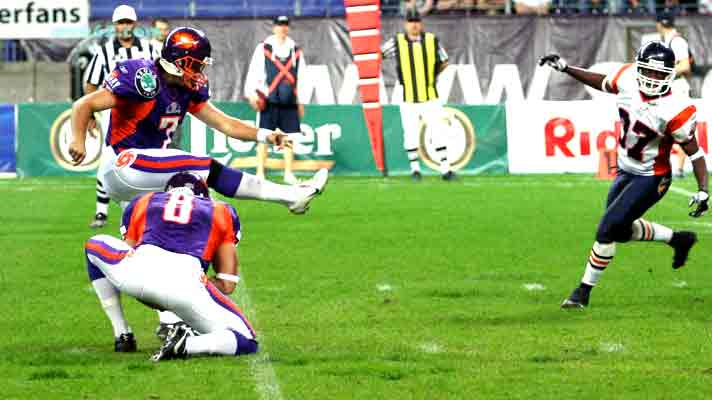