30.000 fans saw the Rhein Fire scoring a close 10:13 win against the Scottish Claymores in their first match at home. But at Hampden Park the Claymores bounced back with a 17:7 triumph. 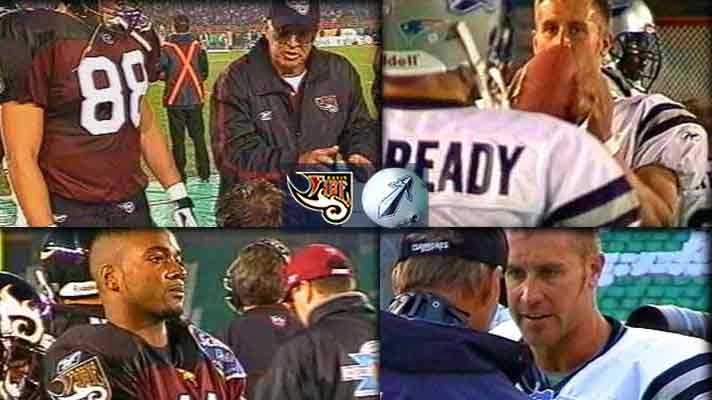 In 2002 QB Scott Dreisbach and RB Herbert Goodman were some of the main protagonists at the Claymores but 41 rushing yards with 5 attempts and 11 from 12 passes completed for 70 yards, 4 interceptions and 1 TD had not been a sensational result at all. 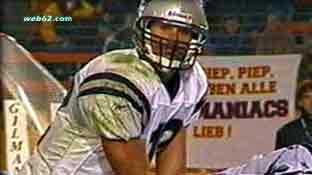 Starting quarterback Scott Dreisbach from the Detroit Lions could not reach the same glorious results that he had before in week 1 against the Dragons, but by the end of the season he was the fourth best passer with 1,154 yards. 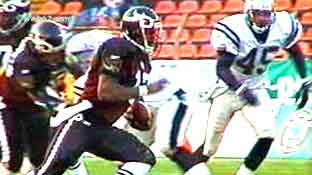 Quarterback Tee Martin achieved 27 rushing yards with 7 attempts and he completed 11 from 20 passes for 70 yards and 1 touchdown and no interception, what was a large improvement since week 1. 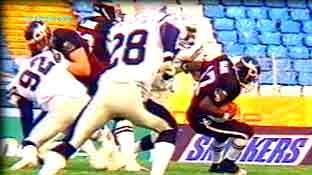 Nevertheless, the Scottish defense was smart and Dan Miller from Fox had predicted Tee Martin to be a little rusty. And indeed, under Claymores pressure he had looked a bit indecisive at moments. 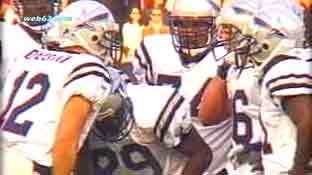 After the game Claymores Cheddarhead expert Preston quoted, that the loss at Rhein Fire had somehow leveled the large expectations after the big win against the Dragons in week 1. 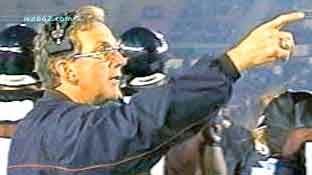 Defensive line coach Ed O'Neil had once again impressed with his distinct and dynamic instructions. 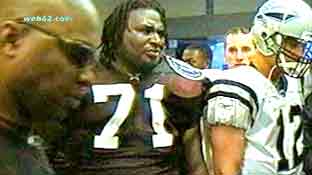 Dallas Cowboys' Al Jackson had been one of the best players during the entire season and offensive coordinator Mike Jones must have been very pleased with the well observing guard. 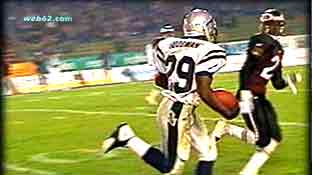 Herbert Goodman from the Green Bay Packers had been the best rusher in the NFL Europe with 873 yards. And in the game he had scored a total of 96 yards with 16 attempts and the longest one for 31 yards.