The Cologne Centurions had a great time when the Rhein Fire had come over in 2007.

It was 20 degrees springtime weather and 22,154 fans in the Rhein Energy Stadium saw a very close game that the Centurions were able to win by 20:17 after a Nick Novak 49 yd. Field Goal. 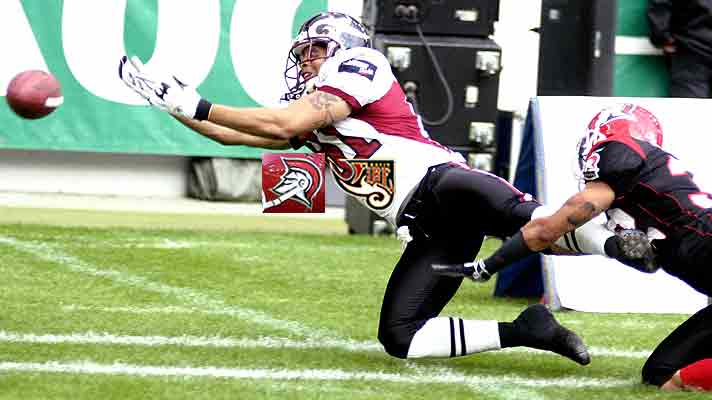 Some astonishing and equally shared 10 sacks did point at good defensive work or at some insufficient quarterback protection.

And those 32:09 minutes possession time were reflecting that both teams had been pretty much at the same level. 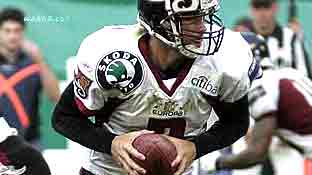 Quarterback Cody Pickett had kept his team well in the race until the 4rth quarter with a 17:10 lead despite 5 sacks and 2 interceptions. During the entire game he had completed 17 from 28 passes for for 171 yards and 1 TD for a 60.3 rating.

He also rushed for 1 yard with 2 attempts. 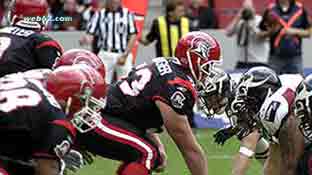 Derrick Strong had scored this fine sack against qb Erik Meyer besides his other 3 tackles and 1 assist. During the game Meyer had to survive an astonishing 5 sacks. 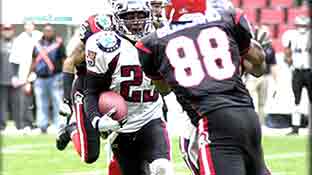 Calvin Carlyle had impressed with this interception for 27 yards in addition to 3 tackles and 2 pass defenses. 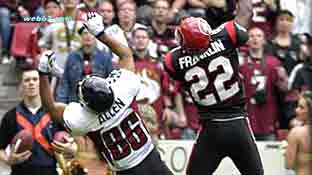 Cornerback Gabe Franklin from the Chargers was playing well throughout the season and against the Fire he had 2 pass defenses, 1 tackle and 1 assist. 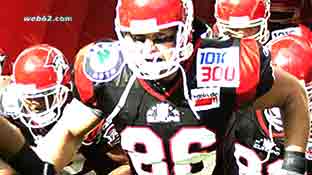 Centurions TE Werner Hippler had wanted to ad another World Bowl to his lovely collection from those golden Galaxy days.