Kevin Vickerson, quarterback Erik Meyer and Greg Eslinger were some of the stars at the 2007 Cologne Centurions, who did finish on third place after a fine 6-4 season.

Most photos by Christian Roth

Quarterback Erik Meyer had completed 141 from 205 passes for 1,612 yards and 13 TDs what made him the second best in the League right behind J.T. O'Sullivan from the 49ers. But despite his fine performance and a 101 season rating he could not find work in the NFL 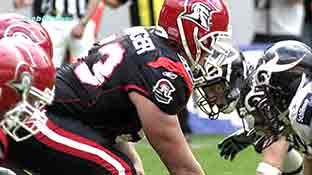 Center Greg Eslinger had been with the Cleveland Browns and the Denver Broncos. 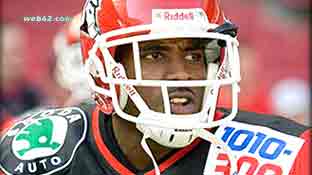 Cornerback Gabe Franklin from the San Diego Chargers was a very busy defensive player of week 2 in season 2007 with an impressive 9 tackles, 1 sack, 2 interceptions, 4 defended passes and 1 forced fumble. 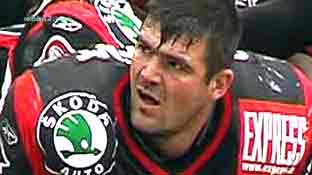 Linebacker Phillipe Gardent came from France and he had been with the Centurions for 2 seasons. 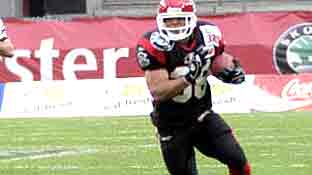 Running back RB A.J. Harris did not get too far in the NFL 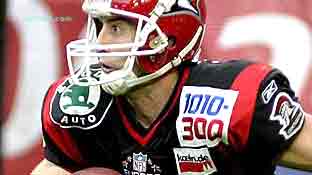 Receiver Dan Sheldon did not see any game appearance at the Chicago Bears. 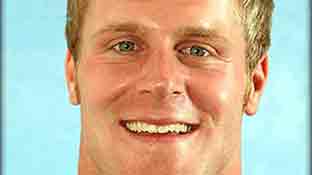 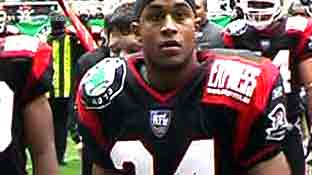 Safety Daniel Schober had been one of the national players at the Cologne Centurions.