Back in 2005 Joe Tuipala was sent out to the Cologne Centurions on behalf of the Washington Redskins.

Earlier he had spent his rookie year at the New Orleans Saints before he went to the Jacksonville Jaguars, where he had been on 27 games in between 2001 and 2003. 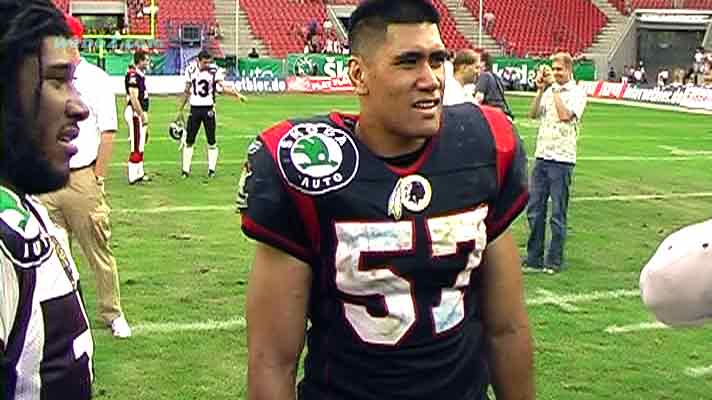