In his only season at the Centurions head coach Peter Vaas had missed another World Bowl entry after the 16–28 loss in front of an impressive 32,521 home audience.

Certainly it was a hard fought match with many spectacular moments which was taken by a concentrated Rhein Fire defense, which did not allow any end zone efficiency.

And with the departure of Peter Vaas the Centurions and the League had lost one of the only coaches, that have taken two World Bowls. 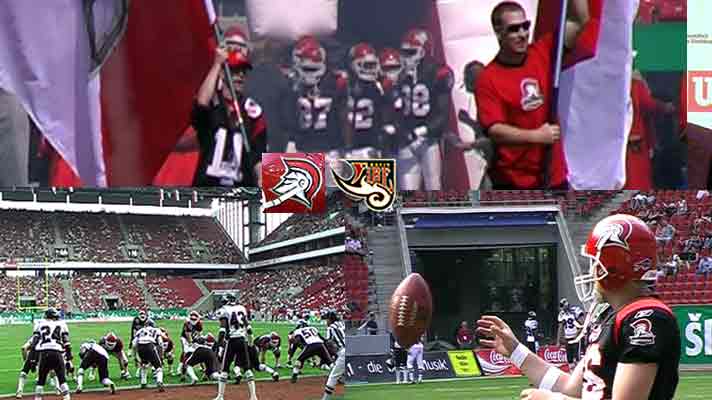 The Centurions had a few more seconds possession time, but 15 penalties with a loss of 138 yards had downgraded their performance significantly. 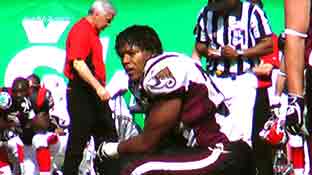 Running back Joe Smith from the Titans had 34 carries for 113 yards and once again he was the top rusher on the field while Peter Vaas had looked disappointed about the costly loss of the game. 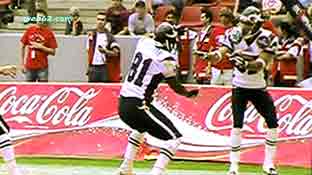 Receiver Glenn Martinez from Detroit Lions had been star on the field with his 2 TDs and 5 receptions for 74 yards. 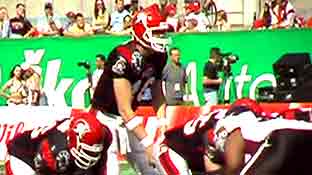 Centurions QB Kevin Thompson had caught a bad day when he completed the game with a 54.0 rating of 54,0 after 2 interceptions and 1 sack while only 16 from 31 passes had arrived for 186 yards and 1 TD. 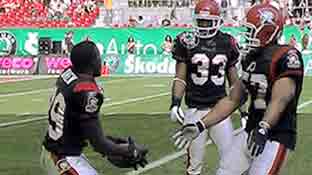 Cornerback Randee Drew from the 49ers was celebrating his interception with Marcus Floyd. And during the game he also had one tackle. 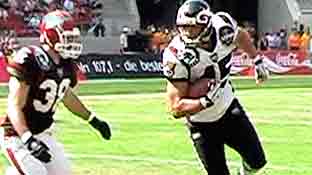 Tight end Jason Rader from the Atlanta Falcons had a superb NFL Europe season and in Cologne he had shown another 2 receptions for 27 yards. 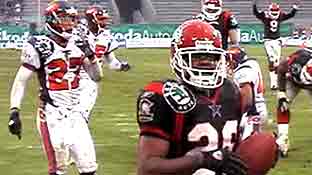 Running back Keylon Kincade from the Dallas Cowboys had scored at least this touchdown, but only 9 yards with 4 carries had been below his standards. 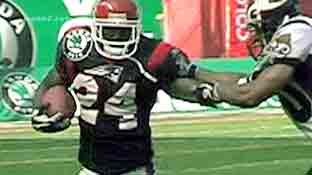 Running back Kory Chapman from the Patriots had been one of the strongest offensive weapons with 15 carries for 113 yards and 2 receptions for 26 yards. 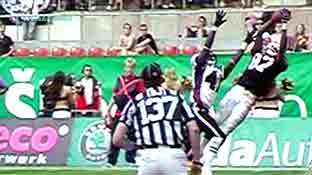 Receiver Jamin Elliott from the Chicago Bears had shown this superb TD catch and during the game he had a total of 5 receptions for 67 yards and 1 Kickoff return for 18 yards. After the season he got signed by the Atlanta Falcons, where he had been on 1 game.