The bands Status Quo and Faithless were in the house and 53,109 NFL fans were enjoying a warm and sunny day at the Duesseldorf Rhein Stadium, where the defending champion Berlin Thunder had come around to win the trophy against the hosting Rhein Fire, who had won the League with 7-3 ahead of their guests with a 6-4 record.

And during the course of an exciting World Bowl WR Dane Looker was about to become the game MVP and the Berlin Thunder the only team to win a back to back championship title under head coach Peter Vaas with 26-20.

What a triumph for Peter Vaas, who had once again won the trophy from an underdog position and this time against a fanatic crowd, which was shouting for nothing but the Rhein Fire. 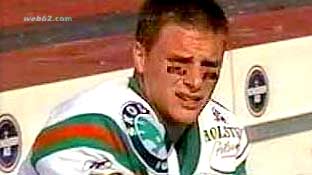 Impressive had been game MVP Dane Looker, who was allocated by the St. Louis Rams and who was well observed and highly recommended by Super Bowl champion Tom Nuetten. Two touchdowns and eleven passes caught for 111 yards gain had been a very fine score for the smart receiver. 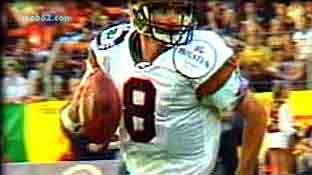 Quarterback Todd Husak had been another striking Thunder ace on the field and the truly cool fellow had impressed twice at Rhein Fire stadium during the 2002 NFL Europe season. In the World Bowl Todd Husak had completed 18 from 34 passes for 178 yards and 1 TD. 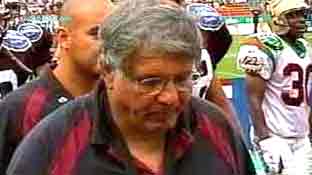 Rhein Fire's so called best defense in the League couldn't stop the Thunder while their offense had failed to score until things had looked fairly dismal for head coach Pete Kuharchek with a depressing 0:20 score at halftime and none of the running backs performing well. 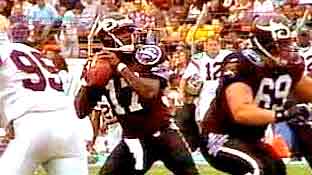 Quarterback Tee Martin from the Oakland Raiders had Mike Malano on center and guard and he completed 24 from 43 passes for 281 yards and 1 TD in addition to his rushing TD. 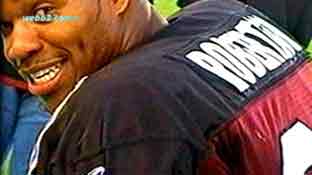 Running back Jamal Robertson from the 49ers had not been able to score his usual amount of touchdowns and it was up to his colleague Tony Taylor from the Dallas Cowboys to strike for the Rhein Fire. 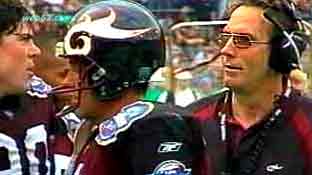 Highly energetic coaching was once again shown by the former Detroit Lions' top linebacker Ed O'Neil, who had supported head coach Pete Kuharchek with looking after his Defensive Line and his Special Teams.