And once again Jerry Jones had made it sure, that his Dallas Cowboys were welcoming at least one World Bowl winner.

His "termite" Keith Adams and Dwayne Missouri were defending for the Berlin Thunder while Tony Taylor and Alcender Jackson were at work for the Rhein Fire.

Tackle Jeff Miller and MVP Dane Looker were in a brilliant mood after the second TD had been secured while Rhein Fire cornerback Adrian Sadler had already given up during the first touchdown as he wasn't simply fast enough. 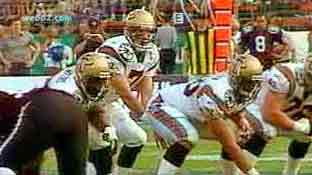 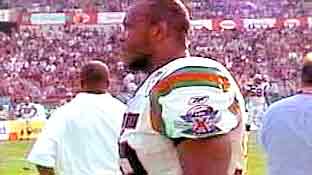 Dwayne Missouri had been a solid factor at Berlin Thunder 2002 and one early interception against Tee Martin had helped his team a lot. Back home at the Dallas Cowboys he had been on two NFL games. 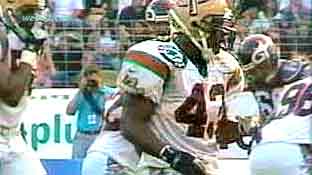 Linebacker Keith Adams from the Dallas Cowboys had played a brilliant season at Berlin Thunder and then he was moved to the Eagles, where he had been a great contributor when helping the team into Super Bowl. 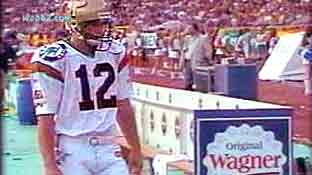 Kicker Danny Boyd from the Jacksonville Jaguars had been a solid bank for Berlin Thunder when he did score three field goals including one from a 47 yd distance.

At the Jaguars Danny Boyd had converted 5 from 5 field goal attempts during his 4 games in season 2001. 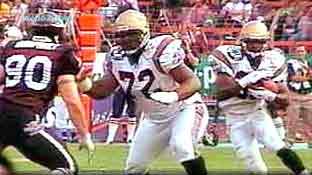 Running back Anthony White from the Arizona Cardinals had rushed for 70 yards with 20 attempts. 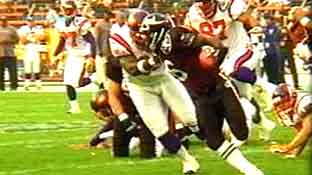 Running back Tony Taylor from the Dallas Cowboys had scored a TD with a 6 yd run and overall it became visible, that the Berlin Thunder defense didn't allow that much productivity. 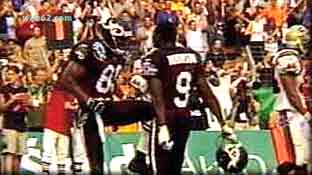 Wide receiver Scott Cloman had converted a 2 yd pass from his quarterback Tee Martin into a touchdown.