Sadly enough it wasn't possible to get more photos from all the Hamburg Sea Devils games, but at least those two matches against Rhein Fire were covered.

Already the fist game in Frankfurt was almost won by the Sea Devils.

It was a hard fought game with a final phase, that drove Jack Bicknell wild.

The very first game ever was lost by only one point.

Pete Kuharchek had needed a win badly after 9 losses. 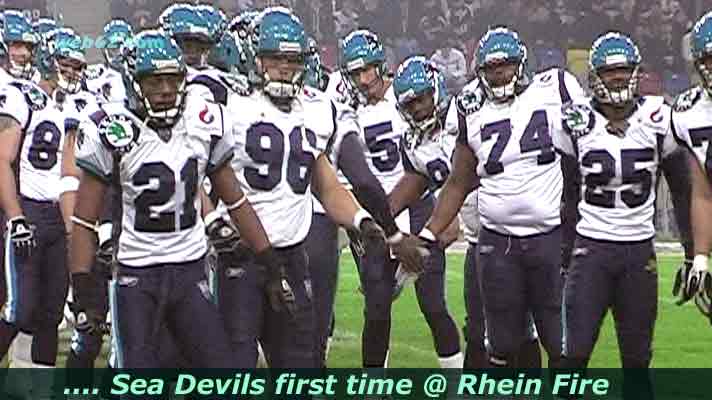 It only took the Sea Devils three seasons to win the World Bowl and to pull some decent crowds into the AOL Arena in Hamburg with often over 20.000 fans supporting their new team.

Various other NFL Europe teams had been dreaming of of such an audience for a long long time.