Breathtaking action was also shown by 3 stunning Soulsisters named the Ikettes, who surely didn`t come across any less hypnotizing than a today`s Foxy Brown.

One difference in those days was, that the Ikettes dancing style had been good enough for causing legal problems in the more conservative parts of the States.

Also the years later introduced Aerobic craze was more like relaxation in comparison, while the great Ikettes had to get through shows, that went on for several hours at times.

Kiesha Wright had been one of them and today she maintains a great Homepage.

Tunes like Nutbush, Proud Mary and incredible versions of "I´ve been loving you" had been some of their classic scorchers. 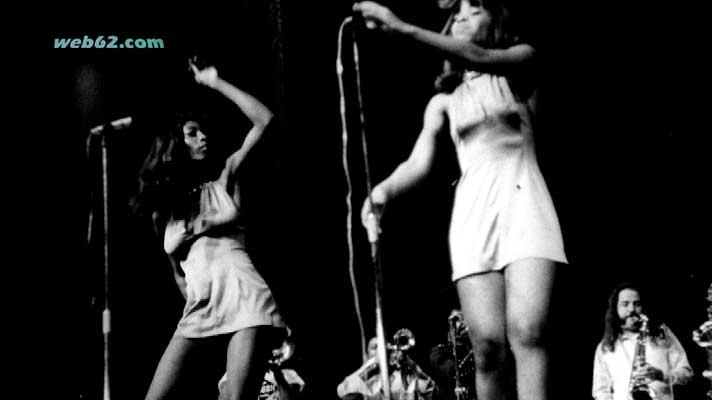 The Ikettes live on stage had been an exciting sensation and no surprise, that their stunning performance had caused serious irritations among various types of prosecutors in some parts of the US. 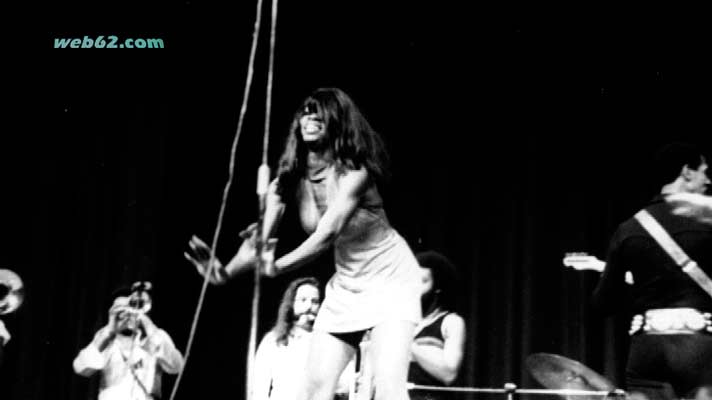