The game MVP had been WR Andy McCullough after 6 catches for 151 yards and his 3 match breaking touchdowns.

And LB Mike Maslowski was named as the player of the year by the Barcelona Dragons fans.

Dallas Cowboy`s Brandon Noble and Kansas City Chiefs Mike Maslowski had shown a tremendous season and Troy Aikman had explicitly said it in front of the camera, that he would not enjoy playing against Brandon.

After the NFL Europe season both had earned starter positions inside their teams. 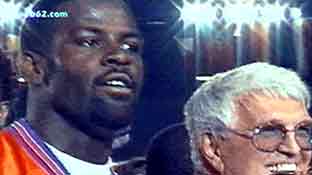 Once Lawrence Phillips had left the field for injury reasons the Frankfurt Galaxy had gained full control over the game and wide receiver Andy McCullough from the Arizona Cardinals was able to score 3 wonderful touchdowns. 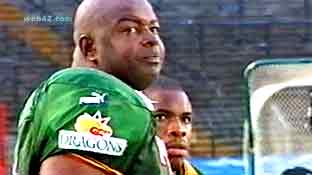 Dallas Cowboys' Brandon Noble had been very much looking forward to "a loud and noisy crowd" at the Fire Stadium, but in the end after only 2 tackles he was as frustrated as his buddies Lawrence Phillips and Melvin Tuten. 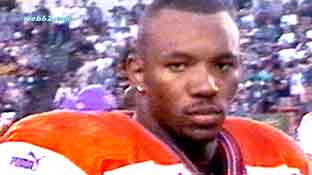 The Galaxy defense had looked good with for example Corey Gilliard, who came from the New England Patriots to contribute 2 tackles and 1 assist. 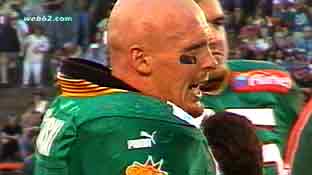 Mike Maslowski from the Kansas City Chiefs was very dissatisfied with the score.