The Music Channel with Scooter

Scooter was flown in by helicopter for a brief 10 minute playback appearance at Rhein Fire vs. Frankfurt Galaxy and they´ve had at least 3 minutes patience for a short Q & A about their musical background.

Privately they love to hear anything on the radio and what has been most interesting as a new discovery to them was something from the Mayday Techno Festival that they`ve tried to interpret with the words " like a shifted beat" :-)

But big musical changes aren´t any likely to happen and apart from that, the guys are real true soccer fans of Werder Bremen and the German National Team. 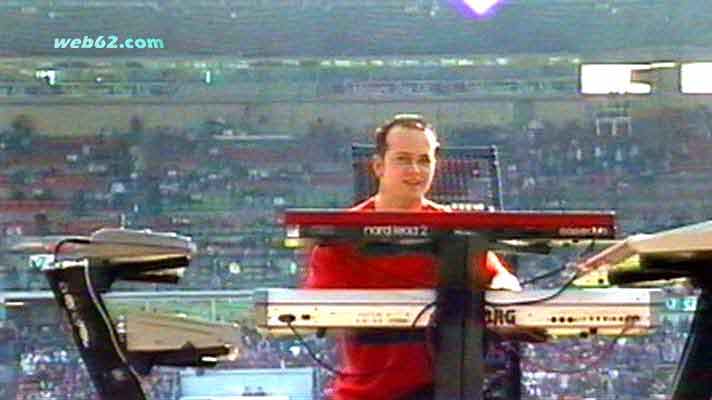 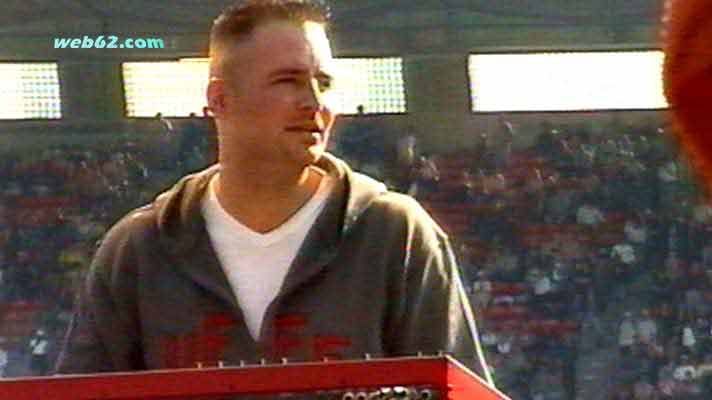 The Scooter keyboarders embedded into the Rhein Fire Cheerleaders, the Pyromaniacs.