DB Shawn Mayer had been for 2 seasons at the Hamburg Sea Devils earning All-NFL Europe honors.

And for the 2003 and 2004 NFL seasons he had been with the New England Patriots appearing in 12 games for 17 tackles. 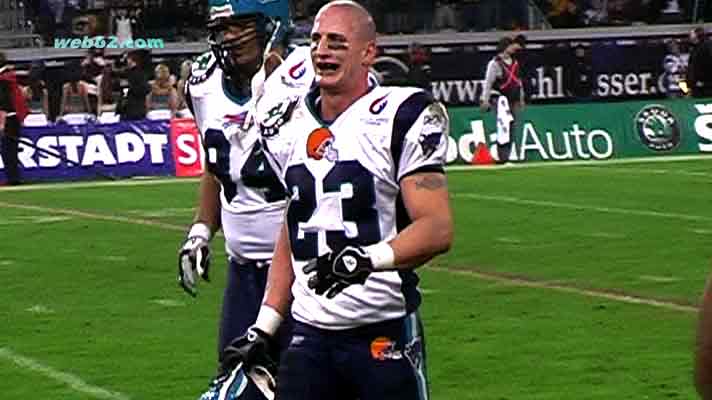